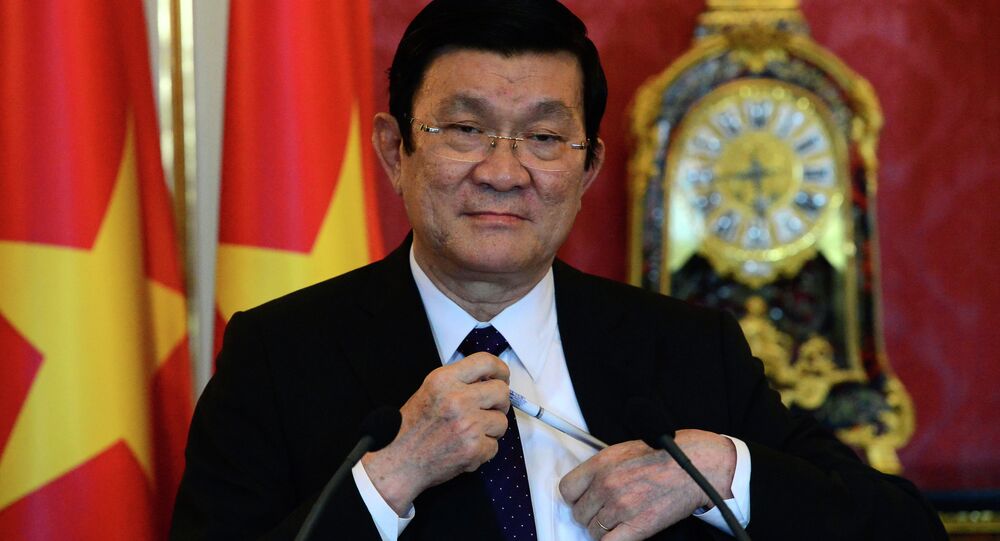 "On May 9 we shall be celebrating a great event – the 70th anniversary of the Victory, with many heads of foreign countries invited to the celebration. We are grateful to the President of Vietnam Troung Tan Sang for confirming his participation in these celebrations," Lavrov said, in an interview with Vietnamese media, published on the Foreign Ministry website.

What do you think is the most important event of the week?
Voted: 1072
All polls
The minister stated that the liberation of South Vietnam will be celebrated a few days before May 9, and the country will celebrate its establishment of an independent Vietnamese state this autumn. According to Lavrov, Moscow and Hanoi are planning bilateral events.

Lavrov said that Russia and Vietnam were not only united in their desire to commemorate those who lost their lives for freedom and independence, but also to "remind about unacceptability of attempts to distort historical facts, rewrite history to suit today's political environment."

Russia celebrates Victory Day on May 9, whereas it is commemorated on May 8 in Europe and America. In 2015, large military parades will be held in 26 Russian cities.