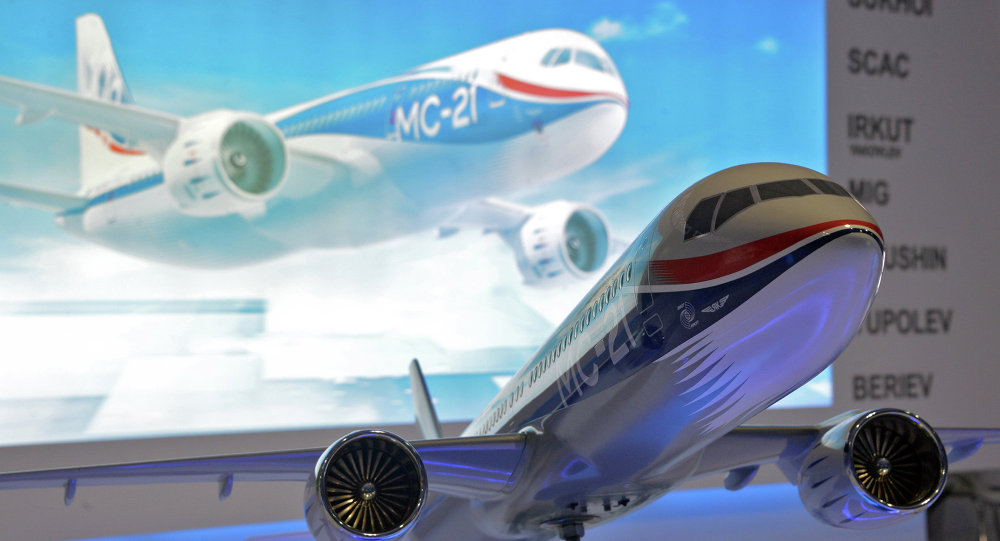 According to Russia's deputy prime minister, Russia intends to sell up to 1,000 MC-21 mid-range passenger jets over the next 20 years and foreign companies, including Lufthansa, are interested in buying the civil aircraft designed to carry up to 212 passengers.

“The Irkut company plans to sell up to 1,000 of these planes over the next 20 years and we already have 175 solid orders,” Rogozin said during a meeting with Russian Prime Minister Dmitry Medvedev outside Moscow.

Rogozin said that foreign buyers, including Lufthansa, were interested in buying the civil aircraft designed to carry up to 212 passengers.

© AP Photo / Aijaz Rahi
India May Buy Su-30 if Rafale Deal Falls Through: Defense Ministry Source
“By 2018 or 2019, we will begin seriously squeezing out foreign-produced aircraft from our domestic market,” Rogozin added.

In November 2014, India expressed interest in purchasing the aircraft.