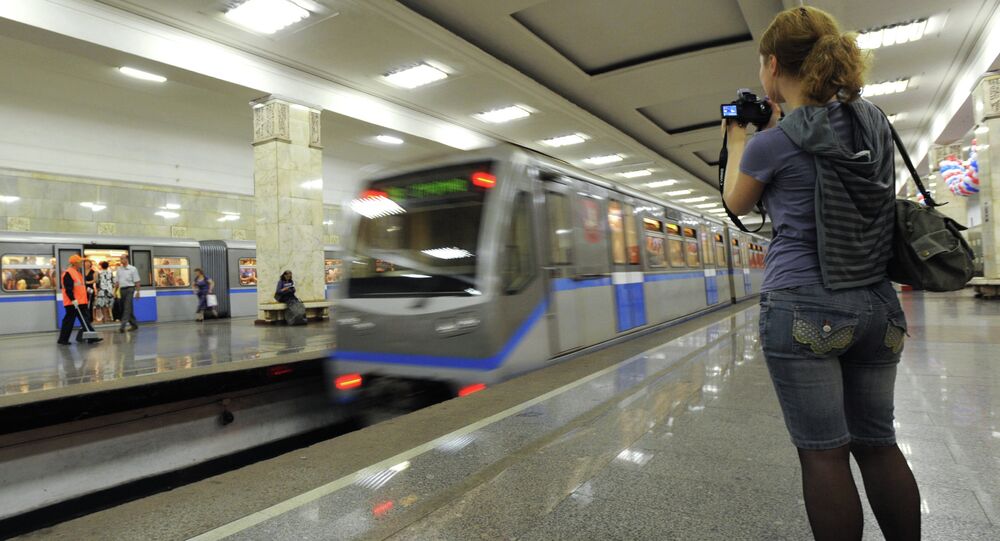 Moscow's underground transport system is slated to see the introduction of trains which drive themselves.

© Flickr / Vokabre
Governor Pledges Light Metro in Moscow Region
MOSCOW, January 24 (Sputnik) — The Moscow Metro is presently testing the operation of autopilot-driven trains, and hopes to make them ready for passenger use by the second quarter of this year, the news agency Moskva reported on Friday.

Oleg Malinin, Chief Designer of the Tikhomirov Scientific Research Institute of Instrument Design, told journalists at the Krasnaya Presnya depot that "[one] train is ready, we are planning to equip a second, and to carry out trial operations within the first quarter [of the year]." Malinin said that he hopes that the tests, which will be conducted without passengers, can be certified by May, in time for the 80th anniversary of the creation of the Moscow Metro system. Following certification, "we will then decide on whether to implement it on the Circle Line of the subway," Malinin added. Going forward, the system may appear on other lines as well.

The test trains are to run on the all-important Koltsevaya (Ring/Circle) Line, which serves as a hub connecting virtually all of the other Metro subway lines. The semi-automatic regime will use Metrovagonmash's 'Rusich' trains. Malinin explained that the system was originally placed into the trains about ten years ago, during the process of their development.

The new system will allow the train to move from station to station automatically, stopping within 30 centimeters of predetermined points. The driver's task will be to monitor the train's operation, to open and close the doors, and to monitor passengers' safe entrance and exit from the train. Metro Press Service secretary Dmitri Doschatov noted that in the future, the semi-automatic regime will be used while everything along the line is going according to schedule. When a delay or a non-standard situation occurs, the train driver will take over.

© Flickr / Mariya Prokopyuk
Large-Scale Emergencies in Subways in 2010-2015
Malinin told reporters that the implementation of the new operating regime will not require any significant investment into the tunnel system. "The only thing, which is being done at present, is the determination of the train within the line. We have equipped the Circle Line with markers, and the train, travelling along the line, 'knows' where it is located." Malinin explained that two other lines have been equipped with these sensors, and that there are plans to equip two more. "Everything else is decided on the train itself. Therefore no other changes in subway infrastructure are necessary."

Doschatov has noted that all new trains on another, heavily loaded line, the Tagansko-Krasnopresnenskaya or Violet line, will operate using a semi-automatic system beginning in 2017. Between 2017 and 2019, the line is to be equipped with nearly 770 new cars.