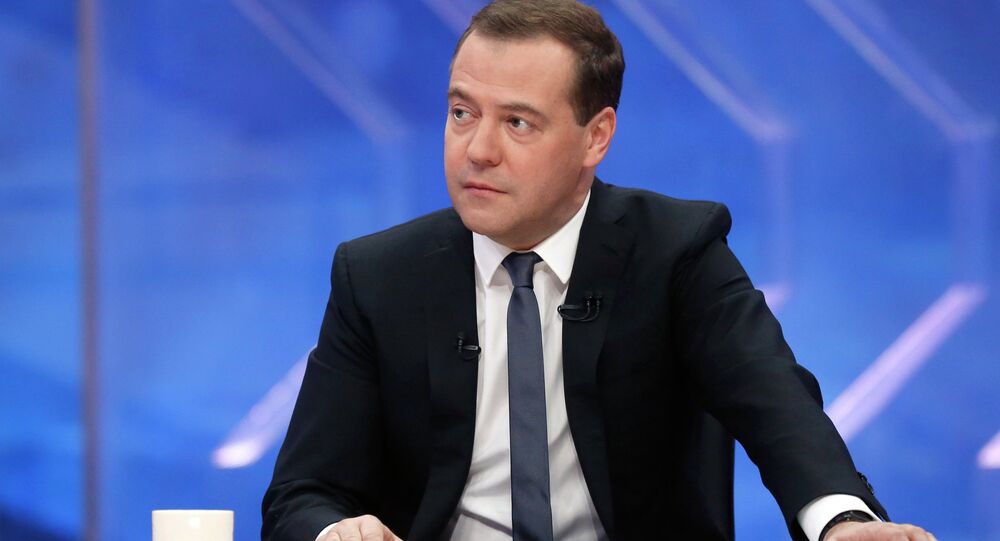 Russian Prime Minister Dmitry Medvedev stated that implementation of Russia’s anti-crisis measures may require the preparation of about 60 bills and a series of presidential decrees.

“Serious work [that will touch upon the country’s] legislation is required for the implementation of all these measures, including the preparation of 60 bills, a series of presidential decrees… and a great number of documents. This is our top priority right now,” Medvedev said at a government session.

The prime minister added that he had instructed the government to adjust the plan on legislative work.

"We may find all the best solutions, but if there is a delay in preparing the documents, there will be no progress even if these solutions are backed by money," he said.

Medvedev noted that the anti-crisis measures aiming at sustainable economic development in Russia, will include support for the small business in general, as well for individual companies.

The Russian economy is currently undergoing a downturn caused by a dramatic drop in prices on oil, which is the country's most important export commodity. The ruble has lost about a half of its value against the dollar since mid-2014. Russia is also affected by Western economic sanctions, imposed on Moscow over an alleged participation in the Ukrainian crisis, a claim the Kremlin has repeatedly denied.