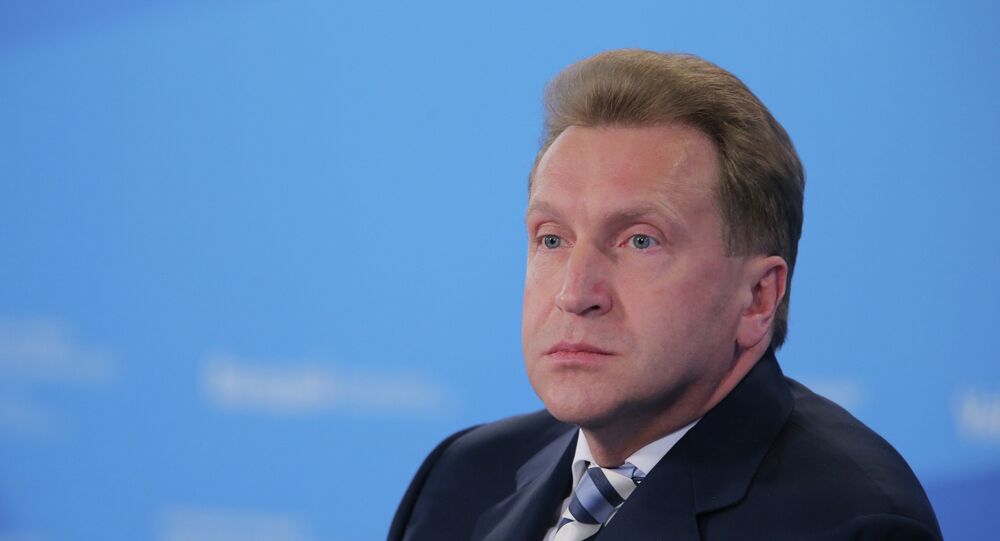 The funds will be partially allocated from the Russian National Wealth Fund and the measures will not involve a direct spending from the federal budget.

“According to this plan, we will allocate 1.375 trillion rubles [$20.9 billion] for these measures. This is not a direct spending from the federal budget, there is a part that includes indirect costs, another part will include additional allocation of the state guarantees,” Shuvalov said at a government meeting with Russian President Vladimir Putin.

Shuvalov added that a portion of the funds will be taken from the Russian National Wealth Fund.

© Sputnik / Igor Russak
Russia Not Planning to Lift EU Food Imports Ban
The Russian economy is currently facing a downturn caused by a sharp decrease in oil prices and the negative effect of geopolitical tensions, including Western sanctions imposed on Moscow over its alleged role in the Ukrainian conflict. According to the most recent report by the International Monetary Fund (IMF) in 2015 the Russian economy is expected shrink by three percent.

Earlier on Tuesday, Russian Deputy Prime Minister Arkady Dvorkovich said that Russia will direct some of its financial reserves to support fiscal stability.

In November 2014, Russian President Vladimir Putin said that the Russian government would not use reserve funds to solve the country’s current economic problems without carefully considering whether it would have a positive outcome for the economy as a whole.