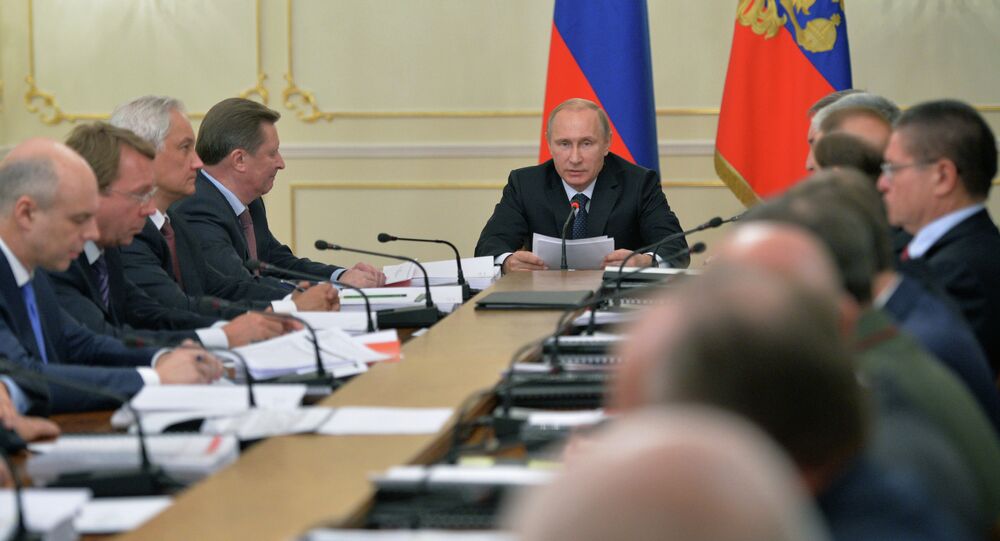 Russia's sovereignty, territorial integrity and national interests should be ensured, Russian President Putin said adding that Moscow is aimed at resolving all controversial issues at the negotiations table.

"We are not going to enter a costly arms race as Russia is not threatening anyone while attempting to resolve all controversial issues at the negotiations table," Putin said at a meeting of Russia's Military-Industrial Commission.

According to the Russian president, this policy will be adhered to in the future.

"We must, however, ensure reliable and guaranteed protection of Russia's sovereignty, territorial integrity and national interests," Putin stressed, adding that Russia will continue strengthening its military with the focus on the use of advanced technologies.

Putin also noted the amounts of money spent on the military in the United States, as well as other countries, and Russia. "The magnitudes are incomparable, simply incomparable – (they spend many) times more than we spend."

Last December, during his annual address to the Federal Assembly, the Russian leader stated that Russia would not get involved in an arms race, but does have innovative solutions to defend itself at its disposal, and is ready to apply them when needed.

"Our defense plans must be realistic and take into account the country's financial and economic capabilities…as well as the global economic trends," Putin said at a meeting of Russia's Military-Industrial Commission.

According to Putin, it is impossible to create new plans in this area without a serious analysis of the situation. The Russian leader suggested the need to "comprehensively discuss the macroeconomic forecast as a basis for drafting the state arms procurement program until 2025."

The president added that priorities in the development, production and delivery of advanced military equipment in Russia must be determined in line with the country's newly-revised military doctrine.

Last month, Putin signed an updated version of Russia's military doctrine, which highlights NATO's military capabilities as being among the main threats to the country's national security. According to the document, Russia reserves the right to use nuclear weapons, if they, or any other method of mass destruction, are used against Russia or its allies.

Lavrov:Russia Vows to Safeguard Own Security Without Getting Into Arms Race

Lavrov: Russia to be Well-Protected Without Engaging in Arms Race