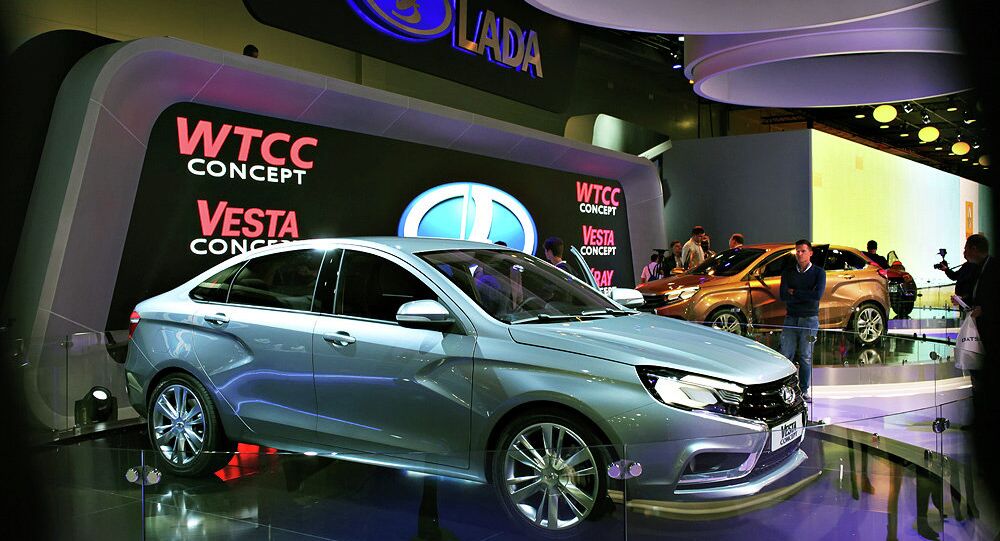 Russian car maker AvtoVaz will release a test batch of its latest model, the Lada Vesta, next week, and will begin full scale production by September.

© Sputnik / Ruslan Krivobok
Sollers JSC Chosen to Produce New Russian Presidential Limousine
MOSCOW, January 17 (Sputnik) — AvtoVaz has announced that is set to produce a test batch of 25 cars of its newest model, the Lada Vesta, by January 25, and that the company will begin production in September, Russia's Komsomolskaya Pravda reports.

Company President Bo Andersson made the announcement, explaining that the release of the test batch is a mechanism for smoothing out the production processes for the new model.

Andersson noted that preparations for mass producing the car are going strictly according to plan. A special area of the plant was designated for production last November. AvtoVaz is set to invest 5 billion rubles ($76.6 million US) on the Vesta.

Late last year, the company sent a set of test Vestas to Germany for trials, and to fine-tune the car's ABS and stability control. The batch is set to return to Russia for further testing.

The Vesta is based on the new universal Lada B platform, and is expected to replace the Lada Priora, RBK explained. The release of the sedan model is expected to be followed by a hatchback variant shortly thereafter.

Upon release, the Vesta is expected to be priced from 400,000 rubles (about $6,100 US).
Russian automotive enthusiasts have placed great hopes in the Vesta, automotive news services already calling it "the best Russian car of 2015."