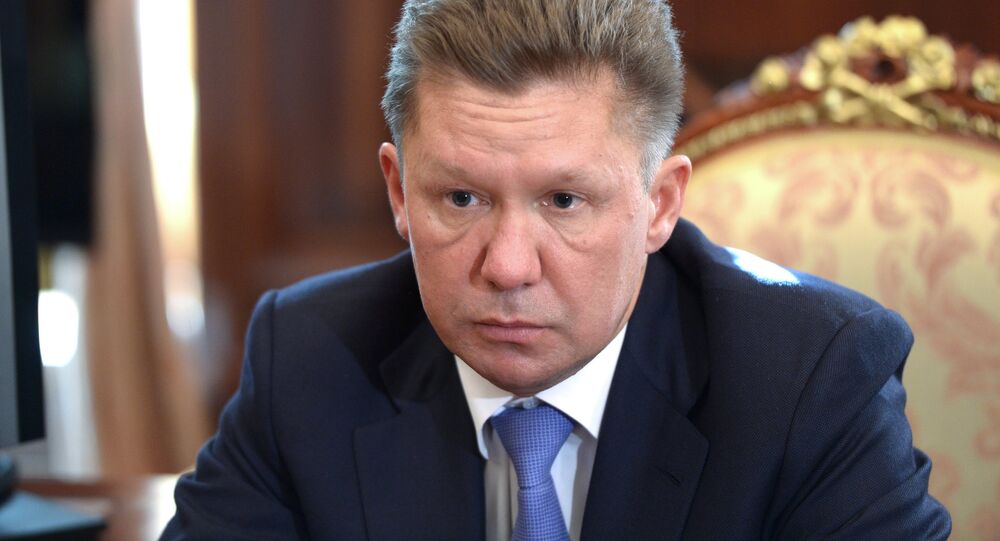 The risks of transitioning Russian natural gas through Ukrainian territory still remain, according to Alexei Miller, the CEO of Russia's gas giant Gazprom.

“This winter, transit risks remain across Ukrainian territory as Ukraine, due to financial difficulties, was not able to purchase sufficient volumes of Russian gas in November-December of last year and has significantly decreased the stocks of gas in underground storage,” Miller said following his meeting with the European Commission Vice President for Energy Union Maros Sefcovic.

According to Gazprom’s statement, Miller and Sefcovic paid special attention to the implementation of the Brussels agreements on the supply of Russian natural gas to Ukraine until April 1, 2015.

© AFP 2021 / JOHN THYS
Energy Union Vice-President to Monitor Ukraine-Russia Gas Deal
On October 30, 2014 in Brussels, Russia, Ukraine and the European Union signed the so-called winter package on gas deliveries. Ukraine agreed to pay $3.1 billion of its more than $5 billion debt to Gazprom by the end of the year and to purchase 4 billion cubic meters of gas on the condition of prepayment.

After an almost six-month break, Russia resumed gas deliveries to Ukraine on December 9.

Gazprom is currently delivering gas to Ukraine in full compliance with its obligations under the Brussels agreements and in accordance with daily demands by Ukraine's state-run oil and gas company Naftogaz. However, Naftogaz is purchasing gas in volumes less than those stipulated in the Brussels agreements and keeps on withdrawing it from its underground storage which leads to a rapid decrease of gas stocks in the country.