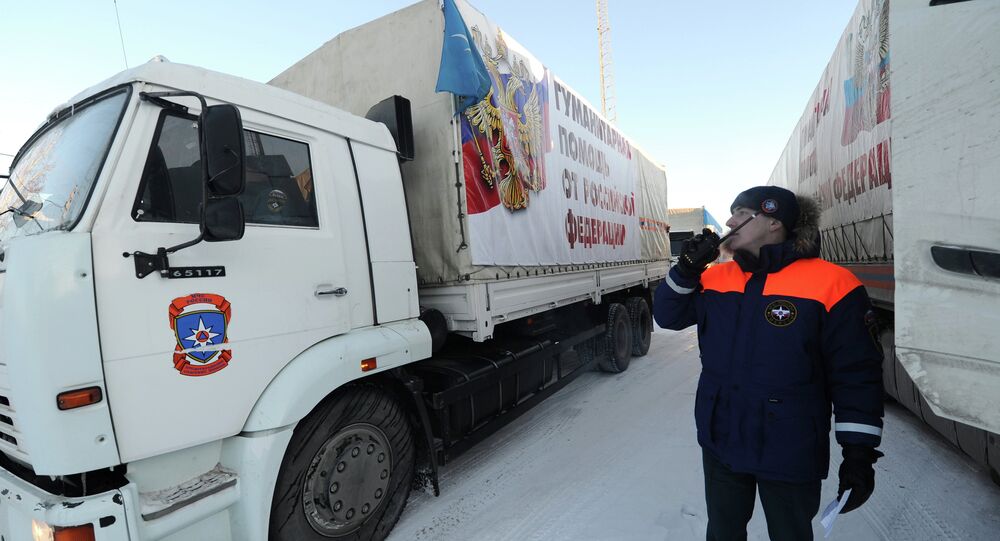 Emergencies Ministry official announced that trucks from the 11th Russian convoy that has delivered humanitarian aid to Donbas have returned to Russia.

"All vehicles have returned from Luhansk and Donetsk and are now taking their turn in going through the customs procedures on the Russian border," Oleg Voronov, deputy chief of the crisis management center with the Russian Emergency Situations Ministry, said.

© Sputnik / Sergei Pivovarov
Russia's 11th Humanitarian Convoy Delivers Aid to Luhansk
According to Voronov, all customs procedures are being carried out under the monitoring of Organization for Security and Co-operation in Europe (OSCE) representatives and Ukrainian customs officers.

The aid delivered by the 11th humanitarian convoy that Russia has sent to Donbas since August, 2014, includes over 1,400 metric tons of food, medicine and holiday presents for children of eastern Ukraine.

Russia's previous, tenth, convoy returned from the region on December 22, having delivered food, medicine and building materials to local residents.

In total, Russia has delivered over 13,000 tons of humanitarian aid to Donbas.