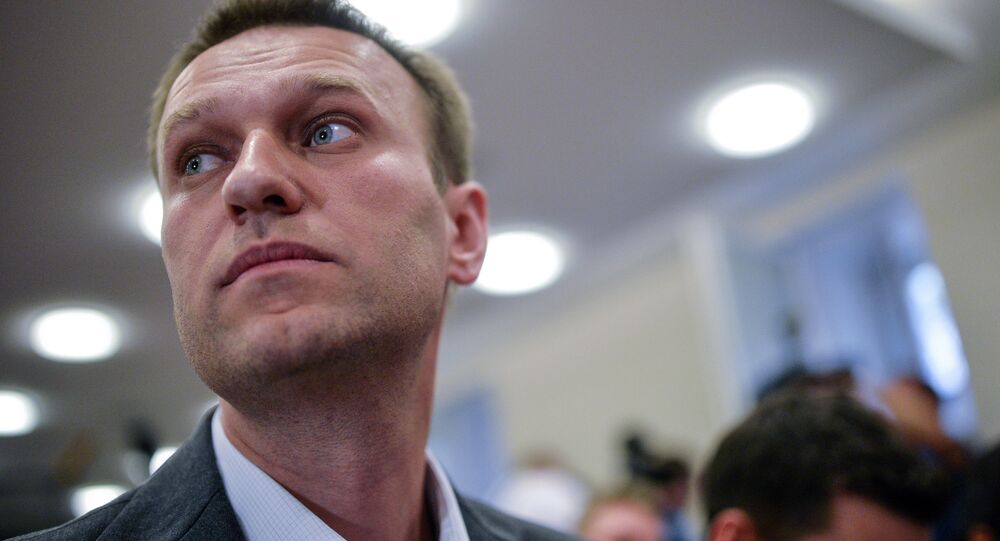 Court Decides Not to Punish Navalny for Violating House Arrest

The opposition blogger was arrested in downtown Moscow yesterday as he attended an unsanctioned rally held by his supporters.

© Flickr / NCinDC
Navalny Verdict Aims to Deter Political Activism in Russia: US State Dept.
MOSCOW, December 31 (Sputnik) — The Federal Penitentiary Service alerted a Moscow court that Alexei Navalny had violated the terms of his house arrest; however, the court is unlikely to pursue the matter: it has returned the notification, effectively indicating that it would ignore the transgression.

The opposition blogger was arrested in downtown Moscow yesterday when he attempted to participate in an unsanctioned rally held by his supporters.

© Sputnik / Maxim Blinov
Blogger Navalny Detained After Violating House Arrest to Attend Protest
Yulia Petrova, a spokesperson for the Zamoskvoretsky District Court, told RIA Novosti that Navalny has already been sentenced and there were no legal grounds to change the sentence, even despite his violation.

Alexei Navalny and his brother Oleg were accused of embezzling about $457,000 from Yves Rocher Vostok and about $70,000 from the Multifunctional Processing Company. Alexei received a suspended sentence of 3.5 years, while Oleg was sentenced to 3.5 years in prison and was immediately taken into custody.

At Least 100 Detained After Disorderly Conduct in Moscow Protests: Police