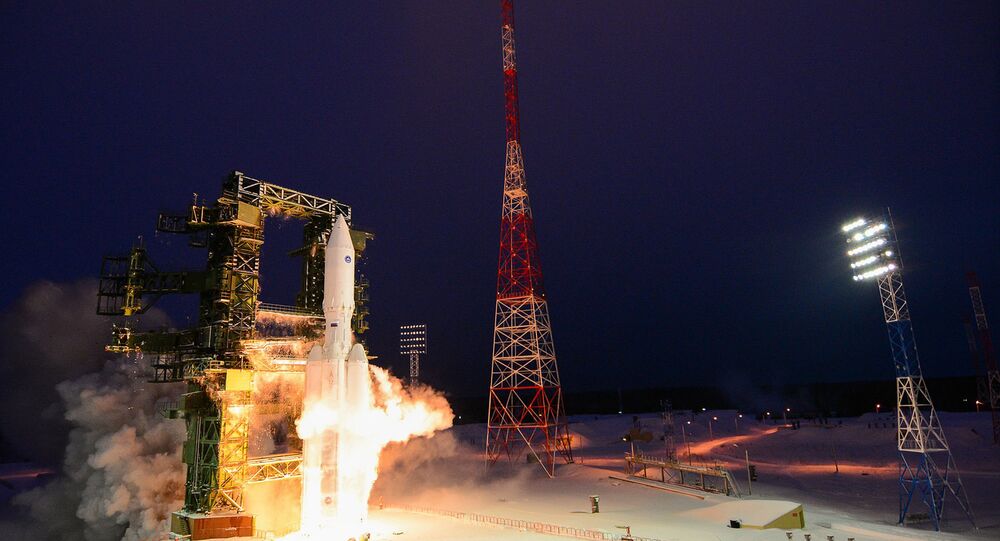 Russian Federal Space Agency said that Russia carried out a total of 38 successful space launches in 2014 to keep hold of its global number one ranking.

"As a result, Russia orbited a record number of 80 satellites, including 31 for state purposes, five commercial and 44 mini-satellites," a Roscosmos spokesman told RIA Novosti.

© Photo : Press-service of Russian Defence Ministry
Why Angara-A5 is Not Just Another Big Russian Rocket
In addition, Russian experts assisted through the year in European launches of four Russian-made Soyuz-STB carrier rockets from the Kourou space center in French Guyana and a launch of a Zenit-2SL space rocket under the Sea Launch program, the official said.

The Roscosmos official said that the successful launch of Angara-A5 carrier rocket was the main achievement of the Russian space industry in 2014.

The Angara was launched from the Plesetsk space center on December 23. Following the launch, Russian President Vladimir Putin said it confirmed Russia’s global leadership in space exploration. Putin also said that the rocket, capable of delivering up to 24.5 metric tons payload to low-earth circular orbits, would be used both for commercial purposes, as well as for strengthening the defense capability of Russia and its partners within the Collective Security Treaty Organization (CSTO).