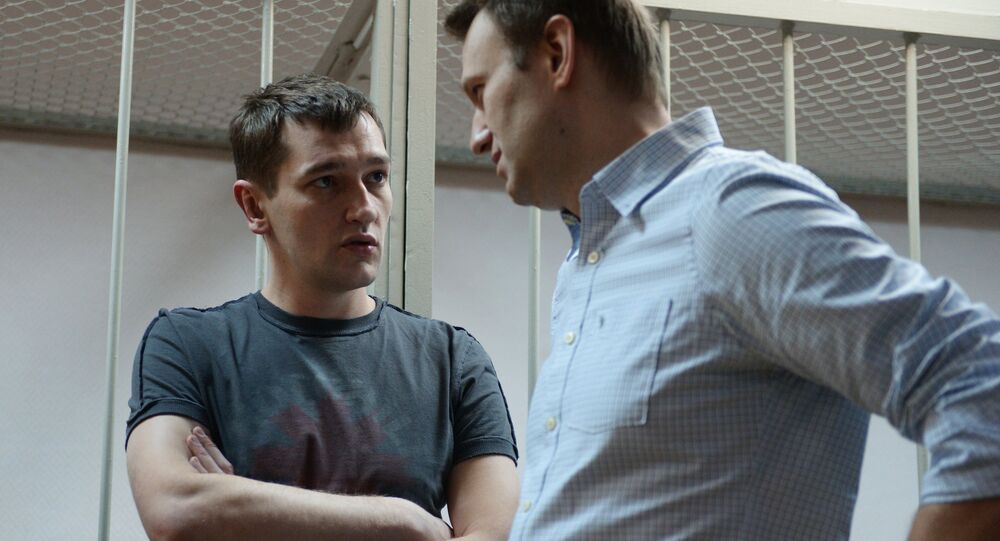 MOSCOW, December 30 (Sputnik) – A Moscow court has handed down a suspended sentence of 3.5 years to opposition blogger Alexei Navalny in a case involving embezzlement from the Yves Rocher cosmetics company, a RIA Novosti correspondent reported from the courtroom Tuesday.

The opposition figure's brother, Oleg, was sentenced to a prison term of 3.5 years and was immediately taken into custody. The sentences are substantially lower than the 10 years requested by the prosecution for Alexei and eight for Oleg, who was also fined 500,000 rubles ($9,000).