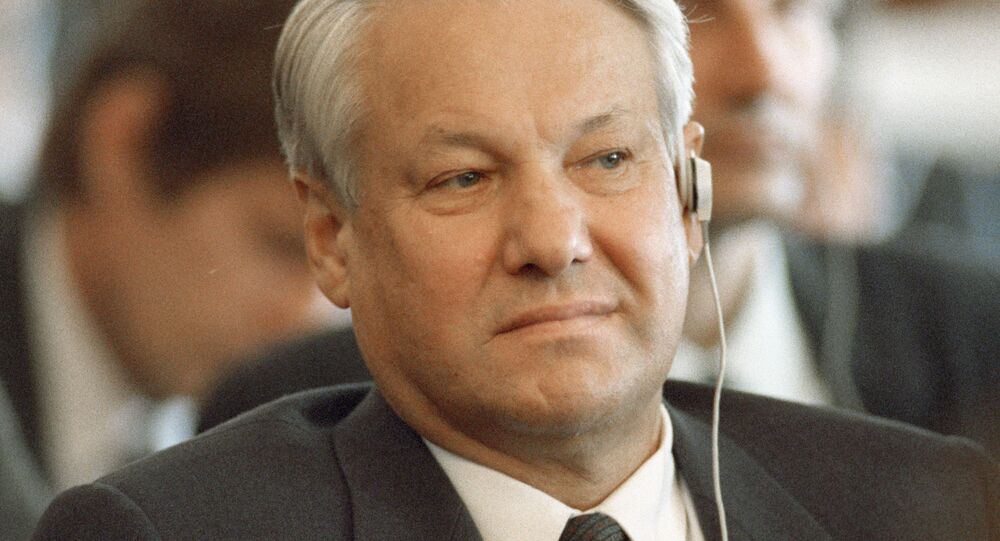 Fifteen years after his surprise resignation, Russia's first elected president, Boris Yeltsin, remains as widely unpopular with Russians as he was when he stepped down and left the office in the hands of his successor, Vladimir Putin, a poll has revealed.

© Sputnik / Sergei Guneyev
Putin Named Person of Year for 16th Consecutive Time by Russians: Poll
MOSCOW, December 29 (Sputnik) – According to a study published Monday by Russia's Public Opinion Research Center (VCIOM), 59 percent of Russians believe that Yeltsin's presidency had a mostly negative impact on the country, with those in their mid-50s and older being the most critical (70 percent). Only 15 percent of respondents described Yeltsin's legacy as positive.

Seventy-three percent of respondents said the best thing Russia's first president did was to step down when he did. Further, 85 percent of Russians said Yeltsin's best decision as president was to hand over the reins to then-Prime Minister Putin.

The majority of respondents, 65 percent, admitted that Yeltsin's rise to power as a result of the country's first democratic elections in 1991, was legitimate.

But only one in three Russians said that Yeltsin had acted in the interest of the majority, while 20 percent said he lobbied for the interests of a small group of people.

Sixty percent of respondents argued that Yeltsin's reform plan was off course and only delivered on some of his promises. The president's agenda was based primarily on an ambitious goal of turning the world's biggest command economy into a free market, an objective that pushed him to seek help from Western economists and international money lenders, which led to Russia's huge foreign debt.

More than a half of respondents also confessed their dislike for Yeltsin's personality, while 25 percent said they held a positive view of the former president.

The nationwide research was conducted among 1,600 people between December 20 and 21.

Yeltsin announced his resignation on December 31, 1999. In a message broadcast at midnight, the then-68-year-old said that Vladimir Putin would take over as acting president, with a snap presidential election slated for March 2000. Yeltsin said that the country should enter the 21st century with a new leader, and asked forgiveness. He kept a low profile in the following years, dying of heart failure at 76.