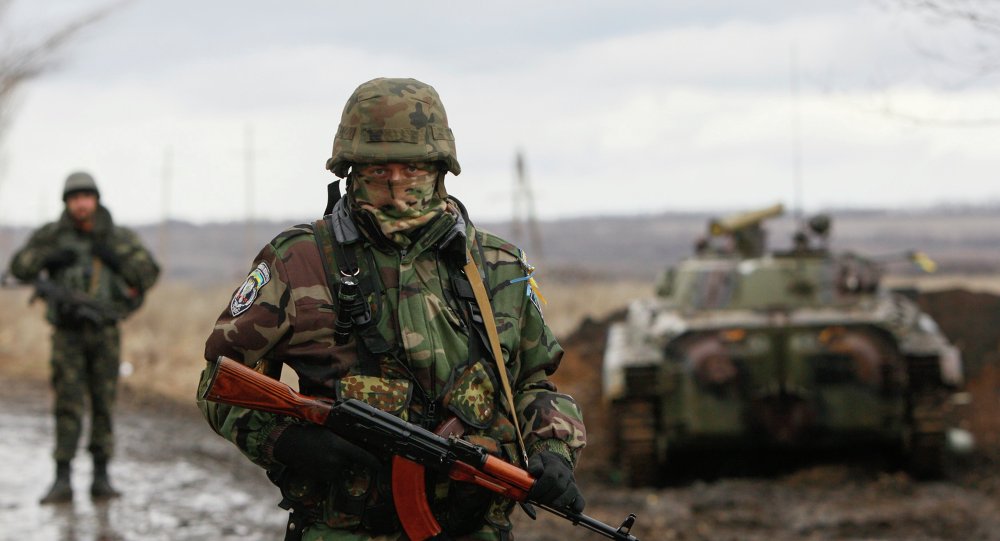 The Russian Foreign Ministry states that unilateral sanctions and information war against Moscow are not helping to settle the Ukrainian crisis.

© AP Photo / Patrick Semansky
Visa, MasterCard Stop Operating in Crimea Over US Sanctions
MOSCOW, December 27 (Sputnik) — Sanctions against Russia and the information war carried out by the West are not helping to resolve the crisis in eastern Ukraine, the Russian Foreign Ministry said Saturday.

“Attempts to place the responsibility for the happenings in Ukraine on Russia, imposing unilateral sanctions, the open information war carried out by a number of Western countries are not able to contribute to resolving the situation,” the Russian Foreign Ministry said in a statement entitled “Major Foreign Policy Events 2014”.

As the conflict in Ukraine’s eastern regions has escalated, western countries have introduced several rounds of sanctions against Russia, blaming it for aiding Ukrainian independence supporters by sending troops and military equipment.

© REUTERS / Emmanuel Dunand/Pool
Summing Up the Rounds of Western Sanctions on Russia in 2014
Russia has firmly denied the claims, repeatedly calling on Kiev to establish peaceful dialogue with the breakaway Donetsk and Luhansk regions.

In its Saturday statement, the Russian Foreign Ministry again stressed the need to “achieve lasting peace and national reconciliation” and “create a state system with which would make all Ukrainians feel comfortable, safe and dignified.”

“Breaking the impasse requires the readiness of all interested parties to practically help Ukraine survive this difficult period of its history,” the ministry noted.

The warring sides in Ukraine reached a ceasefire deal in September, brokered by Russia and the OSCE. However, the truce has been repeatedly broken, with Kiev and Donbas pro-independence forces accusing each other of violating the agreement.

Months of fighting have left the southeastern parts of Ukraine to face a major humanitarian crisis, as the destruction of important infrastructure has left many local residents without food, drinking water and electricity.