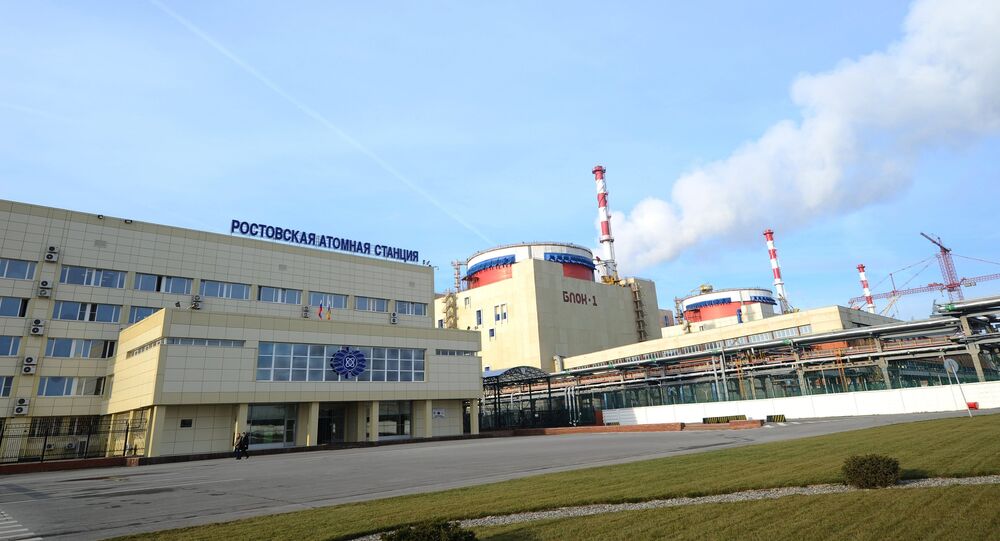 The third unit of Rostov Nuclear Power Plant was connected to the Russian power grid and started to produce its first kilowatt-hours of electricity.

VOLGODONSK (Rostov Region), December 27 (Sputnik) — One of the most important events of the recent years in Russia's nuclear power industry occurred late Friday night: a new, third unit of Rostov Nuclear Power Plant was connected to the Russian power grid and started to produce its first kilowatt-hours of electricity, a source in Rosenergoatom told RIA Novosti.

© Sputnik / Yuri Kaver
Politics Should Not Affect Russia’s Role in Building Power Plant
"The connection of the [power] unit [of Rostov NPP] into the country's unified energy system has taken place. The unit has started to produce its first," the source said.

Rostov NPP is Russia's southernmost nuclear power plant and one of the largest energy companies in the south of the country. It is located near the city of Vilgodonsk, in Russia's Rostov Region.