According to Deputy Director of the Institute of Geography of the Russian Academy of Sciences, the international cooperation in the Russian Arctic is on the rise despite Western sanctions, with over 200 international research projects being currently carried out in the polar region. 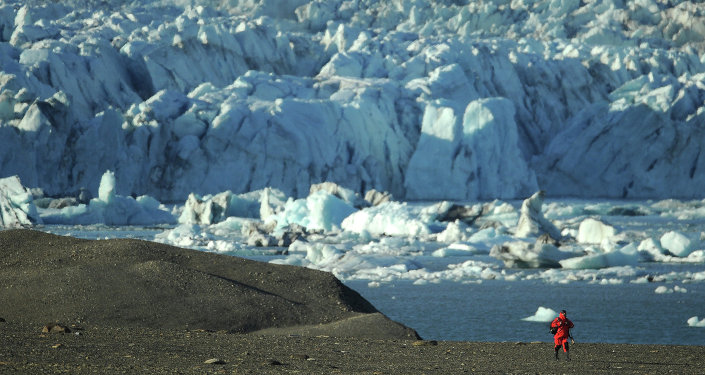 "The international cooperation in the Russian Arctic is on the rise. Despite the sanctions, the scientists manifest keen interest in scientific research in the Arctic," Tishkov stated at a press conference held at the Rossiya Segodnya press center.

He estimated that more than 200 international research projects are currently carried out in the polar region.

In recent years, Russia has launched an active economic exploration of its northern territories, including the hydrocarbon extraction and the development of the Northern Sea Route — an alternative way for ships from Europe to Asia.

© Flickr / U.S. Geological Survey/ Patrick Kelley, U.S. Coast Guard
UN to Consider Russian Arctic Shelf Claim in Summer 2015: Russian Minister
In April 2014, President Vladimir Putin said that Russia is working on a network of military facilities in its Arctic territories to host troops, advanced warships and aircraft, in order to boost the defense of its interests in the region.

According to the Russian Emergencies Ministry, the total value of resources, concentrated in Russia's Arctic territories, exceeds $30 trillion.

Sanctions, imposed against Russia by the West over Moscow's alleged involvement in the Ukrainian crisis have outlawed exports of equipment and technology for deep-water, Arctic and shale oil exploration in Russia.