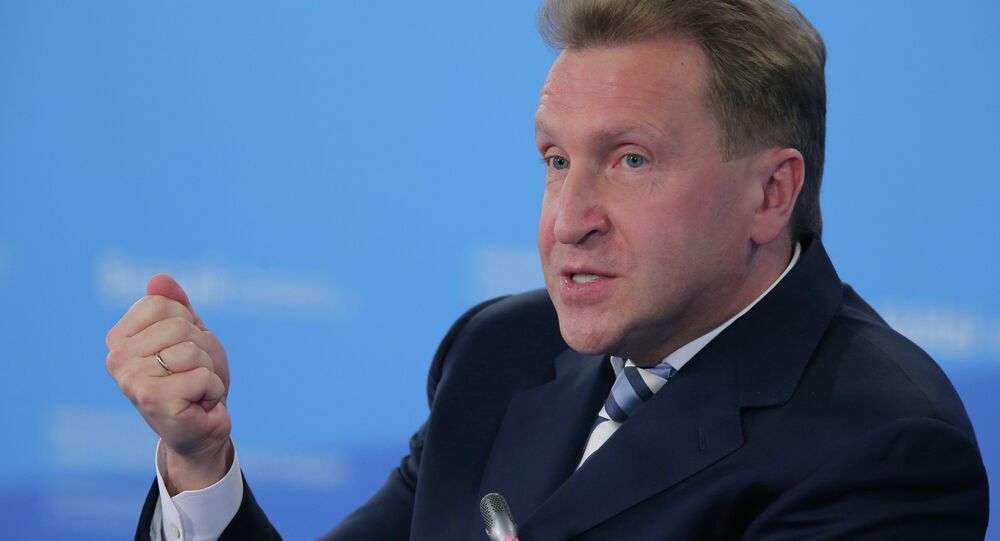 "The exchange rate today is behaving accordingly and there are no serious fluctuations…There is an expectation on the market that the ruble in the next few days will become stronger; however, it's not the strengthening of the ruble that is so important for us today, or just the opposite – it's weakening, but most of all the stabilization of the [economic] situation," Shuvalov said during a meeting with Russian Prime Minister Dmitry Medvedev.

"This is important for the Central Bank, for the export companies themselves, and for those who are planning economic operations," Shuvalov added.

© Sputnik / Mihail Mokrushin
Russian Inflation Rate for 2015 to Remain Same as 2014 at 12%: Kudrin
The Russian national currency, the ruble, dropped to a record low of 80 against the dollar and 100 against the euro last Tuesday, prompting the Central Bank to take urgent measures to stem its depreciation. On Monday morning (08:54 GMT) the ruble was trading at 57 to the dollar and less than 70 to the euro.

In his year-end press conference last Thursday Russian President Vladimir Putin said the ruble had been weighed down by a number of "external factors," including a drop in oil prices and, to a lesser degree, by a slide in gas prices. He said the Russian economy may rebound from the current downturn as early as in the first quarter of 2015.