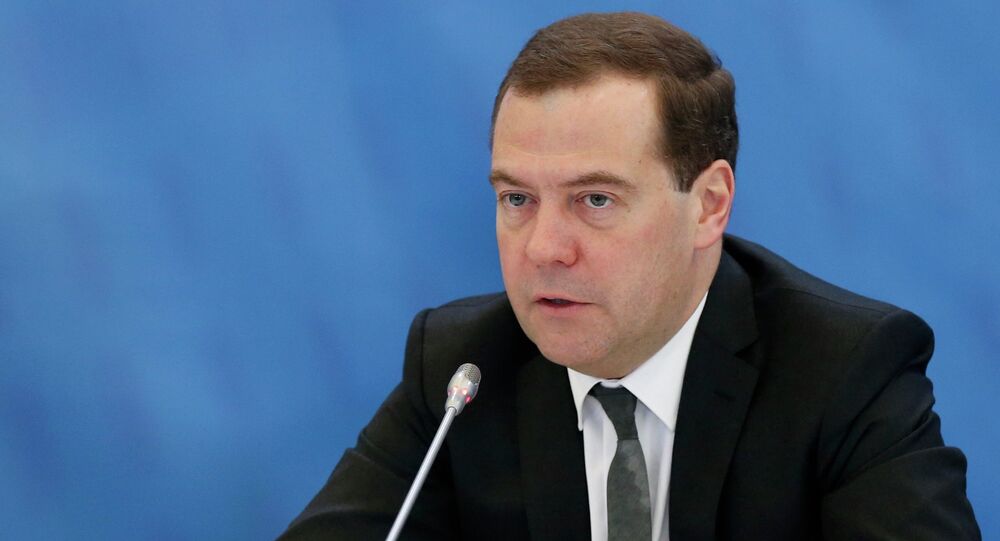 Russia Sets Up Commission to Coordinate Humanitarian Assistance to Ukraine

Russian Prime Minister Dmitry Medvedev made an order to establish an interdepartmental commission on humanitarian assistance to Ukraine.

© Sputnik / Sergei Pivovarov
Russia’s Tenth Humanitarian Convoy Heads for Southeastern Ukraine: Ministry
MOSCOW, December 21 (Sputnik) – Russian Prime Minister Dmitry Medvedev made an order to establish a commission that would be tasked with providing support to the residents of southeastern Ukraine, the Russian cabinet has announced.

The interdepartmental commission is being established amid a "critical humanitarian situation in the southeastern regions of Donetsk and Luhansk regions of Ukraine, and taking into account the mass appeals of citizens and organizations to provide humanitarian assistance to the affected areas", according to a statement released on the Russian cabinet's website Sunday.

The commission will have to coordinate its efforts with the Ukrainian government, the statement said.

In total, Russia has delivered over 12,000 tons of aid to residents of the Donetsk and Luhansk regions that have been suffering from a severe humanitarian crisis as a result of Kiev's military operation launched against local independence supporters in mid-April.

Russia to Send 10th Humanitarian Convoy to Ukraine Within Days