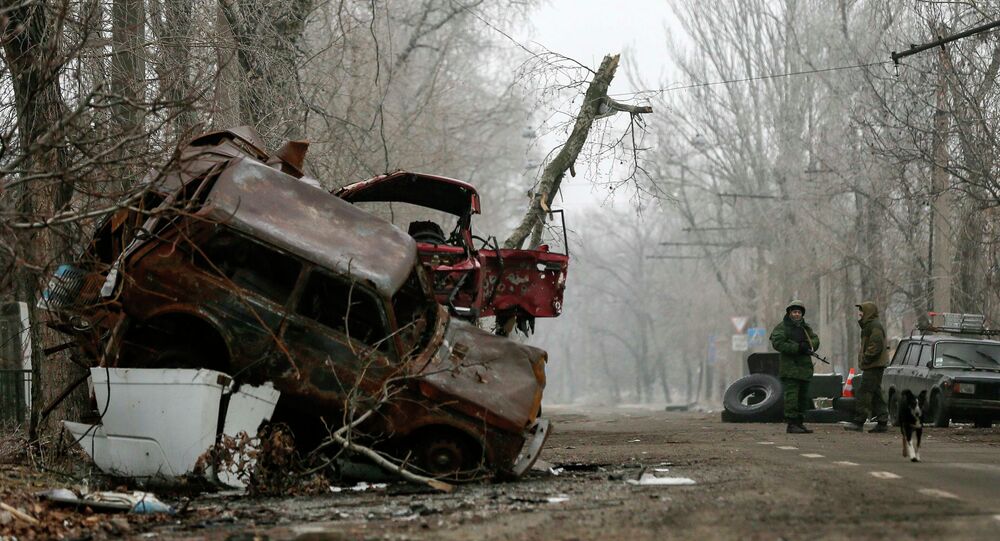 According to Russian Emergencies Minister Vladimir Puchkov, Russia plans to send another humanitarian aid convoy to Eastern Ukraine, which will be the country's tenth aid convoy to the war-torn Donetsk and Luhansk regions.

© Sputnik / Vera Kostamo
Russia to Send 10th Humanitarian Convoy to Ukraine Within Days
"Today we are finishing the preparation on the tenth humanitarian convoy, and early tomorrow morning it will leave [for Donbas]," Puchkov said, adding that the convoy will deliver food, building materials, medical supplies and other goods to the crisis-stricken eastern Ukrainian regions.

This would become the tenth Russian humanitarian convoy to enter eastern Ukraine since August.

According to Puchkov, the Russian Emergencies Ministry together with other agencies and regional authorities has also taken measures to provide assistance and support to people forced to flee eastern Ukraine for Russia.

The Donbas region is suffering from a severe humanitarian crisis as a result of Kiev's military operation against the pro-independence forces in southeastern Ukraine.

In total, Russian convoys have delivered more 12,000 tons of aid to the crisis-stricken Donetsk and Luhansk regions.