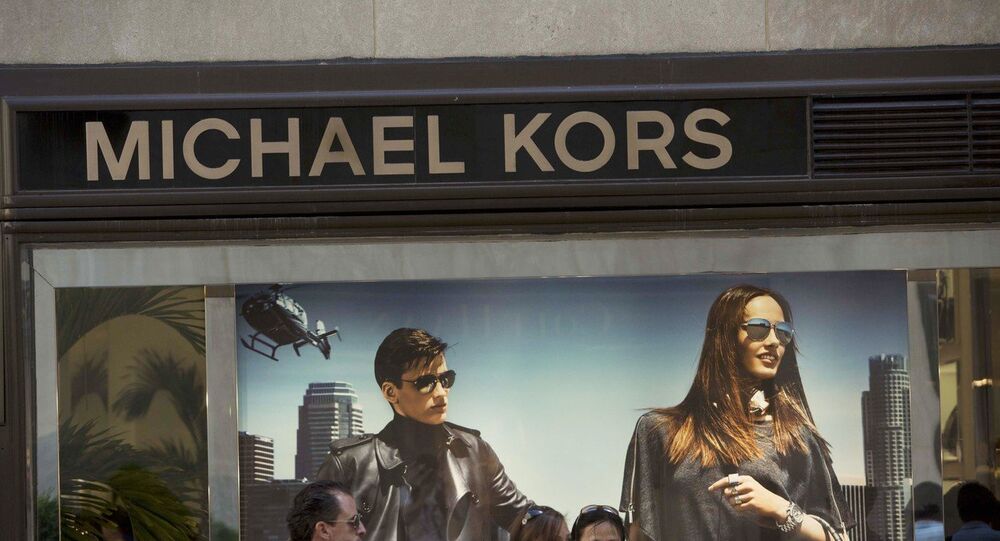 A number of large clothing and footwear companies have suspended product deliveries to Russia until the first week of 2015 due to the collapse of the ruble.

MOSCOW, December 19 (Sputnik) –Numerous large clothing and footwear companies have suspended product deliveries to Russia due to the fall of the ruble, News Channel “Moscow 24” reports.

Ruble Takes Serious 25% Nosedive on Foreign Currency Market: Exchange Market Results
A number of companies have postponed deliveries for a few weeks. However, forecasts predict it will not last long, at least no longer than the first week of 2015. Some food, furniture and automotive companies have also followed suit.

According to Russian newspaper Vedomosti, brands, including Calvin Klein, Armani Jeans, Michael Kors and Lublu, are among the companies that have stopped deliveries to Russia.

© Sputnik /
What Happened to Russia’s Ruble and Where Do We Go From Here
Coffee and tea lovers may end up in a difficult situation as well. Suppliers stopped providing the goods to large food store chains: one-third has stopped shipping the goods altogether, while 70 percent are currently negotiating terms. If food stores refuse to accept the new prices, the supply of coffee and tea will stop entirely in the near future, Moscow 24 reports.

Earlier, a number of companies that have retail outlets in Russia had decided to raise the prices of their goods due to the significant depreciation of the ruble. Apple, Lenovo, Acer, IKEA, Samsung and Cartier are among the companies that hiked up their prices, according to Moscow 24.