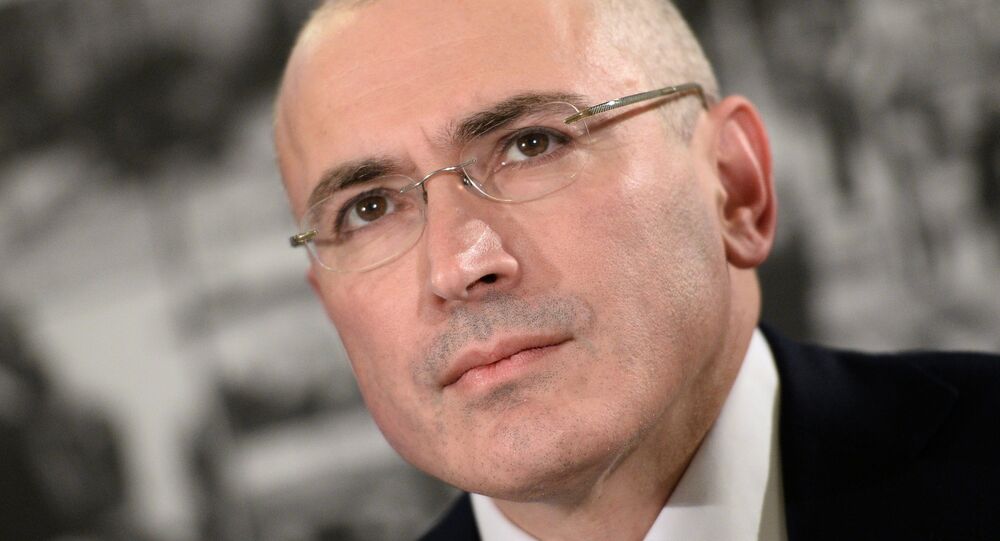 Putin added that Khodorkovsky is eligible to run for senior positions.

"I took [the] decision [to pardon him] for humanitarian reasons. He then wrote that his mother was seriously ill. You [k]now, mother is sacred. I am not being ironical here. He served most of his sentence in prison, why keep him there [even longer]," said the President.

Khodorkovsky's mother died in August at the age of 80.

Commenting on the president's words, Khodorkovsky tweeted that he views Putin as a political opponent and not as an enemy.

"He gave me an opportunity to say goodbye to my mother. This is true. He did not allow anyone to harm my family – true. That's why [he is my] political opponent, not an enemy. Let those with radical views criticize me," Khodorkovsky said on Twitter.

Khodorkovsky also noted that Putin's wording regarding his political activities was very precise, as he was "not planning" to engage in politics, yet never promised Putin not to do so.

During his previous major press conference in December 2013 Vladimir Putin told reporters that Khodorkovsky had submitted a petition for pardon, which he was going to approve with a presidential decree.

Arrested on October 25, 2003 Khodorkovsky spent 10 years in prison for fraud and tax evasion until he was pardoned.

The former energy magnate has since relaunched his "OPEN RUSSIA" foundation to push for political reforms in Russia.