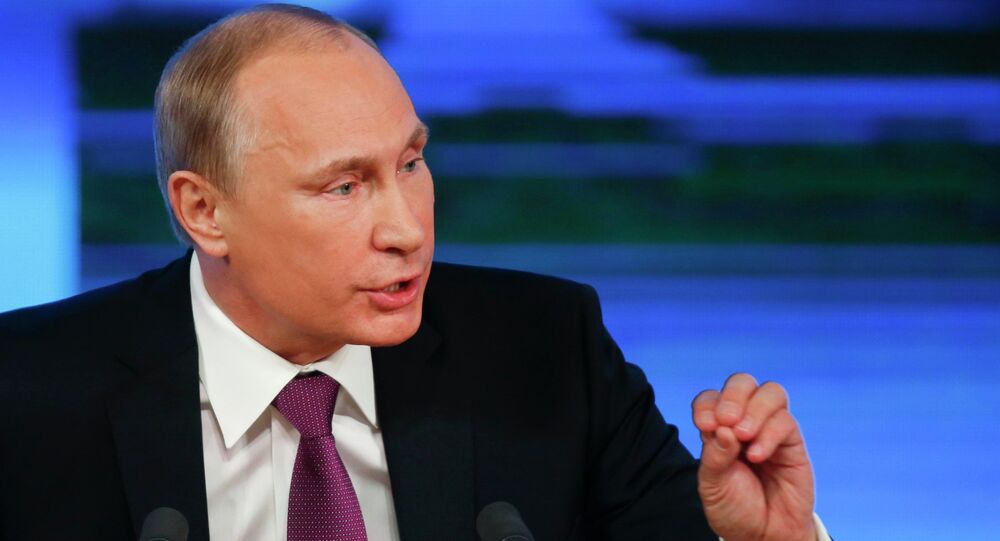 President Putin stresses that Kiev's economic blockade of the country's eastern regions is destructive for the Ukrainian statehood.

"Instead of making any attempt of launching political dialogue with them [Donbas] they first started using law enforcement agencies, police. When all this proved unsuccessful they resorted to the army. When even this attempt failed they are now trying to use the issue by force using economic blockade," Putin said during a press conference.

"I believe this path is absolutely futile and destructive for both Ukraine's statehood and people," the Russian president stressed.

In mid-November, Ukraine's President Petro Poroshenko signed a decree imposing an economic blockade on eastern Ukraine and withdrawing all state-funded health, educational and social protection organizations from the Donbas region. The decree also terminated banking services in the Donetsk and Luhansk people's republics (DPR and LPR), freezing the accounts of people and companies.

The UN High Commissioner for Human Rights urged the Ukrainian government to consider the consequences of its decision to impose an economic blockade on eastern Ukraine and to withdraw medical and educational facilities from the region.