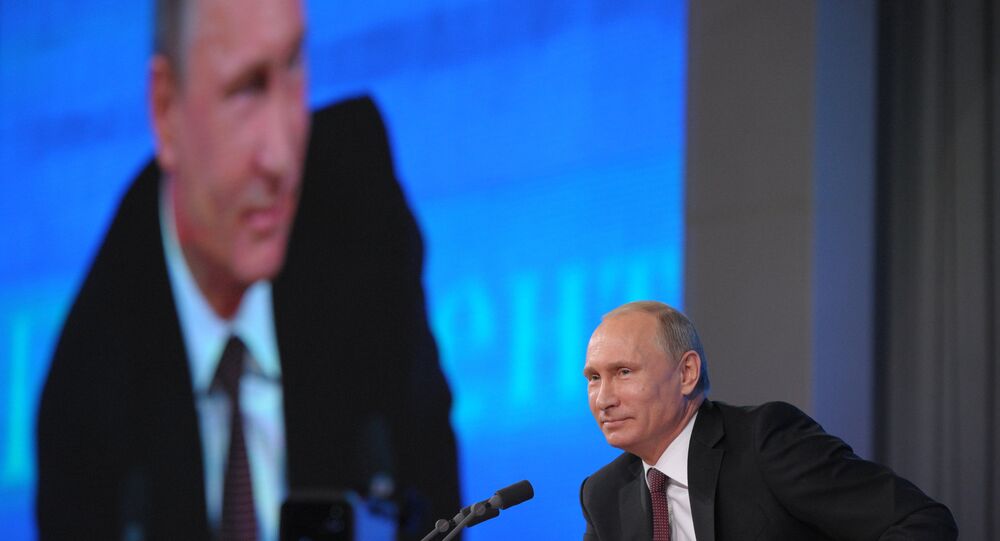 Economic issues and international relations will be in the spotlight of Russian President Vladimir Putin's press conference on December 18 at 12:00 p.m. Moscow time (9:00 a.m. GMT), the Kremlin spokesperson has announced. For a live stream of President Putin’s annual press conference, stay tuned to our website or follow our live updates on Twitter.

According to Kremlin spokesperson Dmitry Peskov, economic issues are expected to be the major point of the upcoming discussion. "It is obvious that economy will probably be the first question to be raised. The sitiation with economy, ruble, measures to be taken by the Russian authorities," Peskov said. He also added that international relations would also be on agenda.

Over 1,200 international journalists are expected to attend the event, which will be broadcast live on Russian TV channels Rossiya 1, Rossiya 24 and Channel One.

This will be the tenth annual press conference that the Russian president will be holding. It was first held in 2001, and hosted over 500 journalists. Since then it continued annually until 2008, when Putin became Russia’s Prime Minister. The Q&A sessions were reintroduced in 2012 after Putin was re-elected President of Russia.

Annual press conferences with the Russian president are held every December, the sessions normally last up to several hours. During these sessions, the President answers uncensored questions from journalists and reflects on the outgoing year. There are no restrictions on the questions journalists can ask the Russian president and no time limits. However, the President normally will give a priority to Russian media channels.