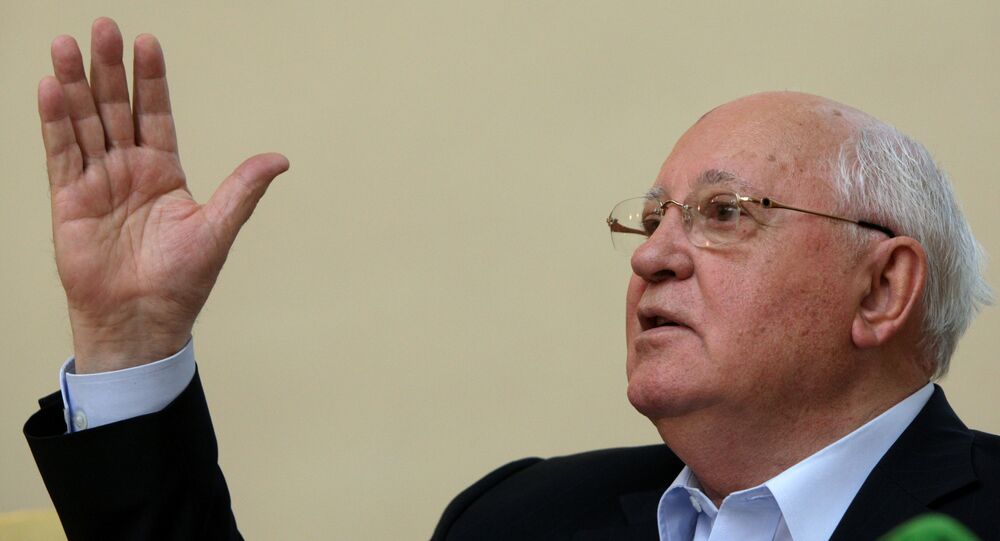 The last Soviet leader still considers nuclear arsenals as a crucial factor of international security. Such destructive weapons must be prevented from falling into the hands of extremists at all costs, he stresses.

"I do not agree with those who claim that nuclear threat is not a deterrent anymore. We are now far more aware of what nuclear weapons and nuclear power are [capable of]," Gorbachev said.

© AP Photo / Juan Carlos Llorca
Third International Conference on Nuclear Weapons Ends in Vienna
Gorbachev cited Russia's R-36M (SS-18 Satan) intercontinental ballistic missile, which he said has an explosive force "of a hundred Chernobyls," as an example of why nuclear weapons are still a crucial factor of international security.

He stressed this kind of destructive weapons must be prevented from falling into the hands of extremists at all costs.

Earlier in December, Russian President Vladimir Putin emphasized the importance of maintaining the country's nuclear deterrence capability due to the growing number of security challenges.

Gorbachev Calls for Public Calm in Russia Amid Economic Problems

Mikhail Gorbachev called for public tranquility in Russia amid the uneasy financial situation in the country and geopolitical tensions.

"I think, people are really worried now and take to heart everything that happens with them. Some of them claim to be the patriots of Russia, but, in fact … [they] just bring about nervousness," Gorbachev said in an interview, due to be broadcasted on Friday, also criticizing journalists who distort information, therefore whipping up tensions.

Gorbachev highlighted that the Russian authorities should not restrict the freedom of speech in any case.

© Sputnik / Ilya Pitalev
Rate Hike by Russia’s Central Bank May Deepen Recession in 2015: BofA Merrill Lynch
Over the recent weeks, the ruble has lost over half of its value against the dollar and the euro. In an attempt to tackle the situation, the country's Central Bank has raised interest rates to 17 percent.

Moscow has explained the tense economic situation with a sharp decline in oil prices, since crude accounts for a significant part of the country's revenues. Kremlin also cited Western economic sanctions, imposed on Russia earlier in the year over its alleged interference in the Ukrainian crisis and currency speculation as the other major reasons for the economic problems.

The complete interview with Mikhail Gorbachev will be available on Friday.

US Government Alert to Possible Nuclear Weapons in Crimea: Undersecretary