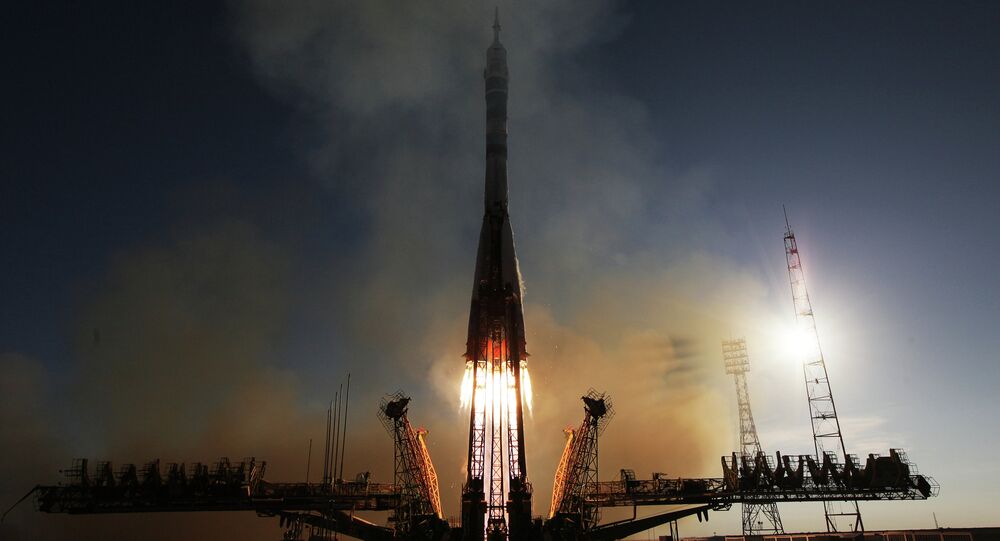 Russia plans to conduct seven launches including launch of Proton-M сarrier rocket with the Yamal-401 communications satellite from the Baikonur space center during the period from December 2014 until February 2015, according to the source in space industry.

"The launch of a Proton-M сarrier rocket with the Yamal-401 communications satellite is set for December 15. The RS-18 [the Rokot] rocket launch with the Kondor-E satellite will take place on December 18," the source said.

The Rokot launch vehicle, developed by the state-run Khrunichev Center, is a modification of the RS-18 (SS-19 Stiletto) two-stage ballistic missile that is being decommissioned from Russia's Strategic Missile Forces.

© Sputnik / Oleg Urusov
Russian Satellite Constellation to Reach 150 by 2025: Space Corporation
"Soyuz 2-1B will launch the Resurs-P satellite into the Earth orbit on December 26. The launch of the Proton-M carrier rocket, carrying the European Astra-2G satellite, which was earlier postponed due to technical problems, is expected to take place on December 28," the source added.

On January 30, 2015, Proton-M with the Inmarsat 5F2 satellite will blast off from Baikonur. On February 17, Soyuz-U will launch the Progress-M 26M cargo spacecraft to the International Space Station.

In addition to the launches from Baikonur, the Soyuz ST-B carrying the European satellite O3b will be launched with Russia's participation from the Kuru Cosmodrome in French Guiana.

The Baikonur Cosmodrome is the world's largest operational space launch facility. It is located in Kazakhstan, about 125 miles east of the Aral Sea. The space center is leased by the Kazakh government to Russia until 2050, and is managed jointly by Russian Aerospace Defense Forces and the Russian Federal Space Agency.