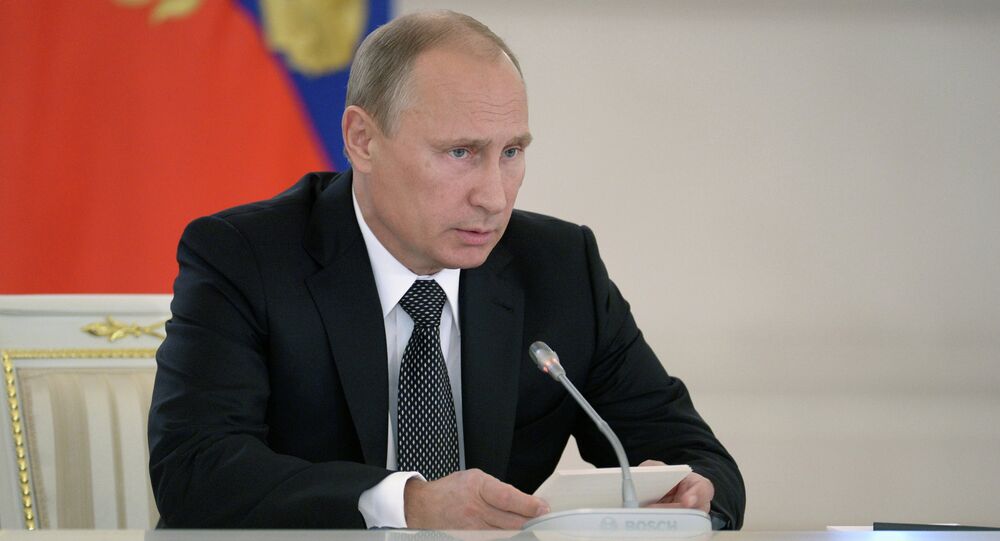 Budget expenditures cuts ordered by Russia's President Vladimir Putin will not affect expenditures for national defense and national security, according to the presidential decree.

The cuts will not affect “expenditures for national defense and national security,” the presidential decree reads.

The Russian president first proposed to cut inefficient budget spending in his annual state of the nation address on Thursday, when he said that spending cuts of at least five percent a year should be introduced over the span of three years.

In recent months, Russia's economy has been exhibiting signs of a minor slowdown due to geopolitical tensions and a drop in oil prices, which was caused by an excess of oil supply by OPEC. Sliding crude prices have been a drain on Russia's budget incomes, prompting the Economic Development Ministry to warn the country could fall into recession next year.

Speaking to parliament on Thursday, Putin said Russia was in for hard times and unveiled several incentive initiatives to encourage business, attract investment and return offshore capitals to the country in a bid to recover billions worth of taxes.

In November, the Russian finance minister said that the country's budget may lose up to $21.5 billion next year amid low oil prices and slow economic growth. In October, the minister also suggested developing an alternative financial budget for 2015-2017 in case of an unfavorable situation in the economy.