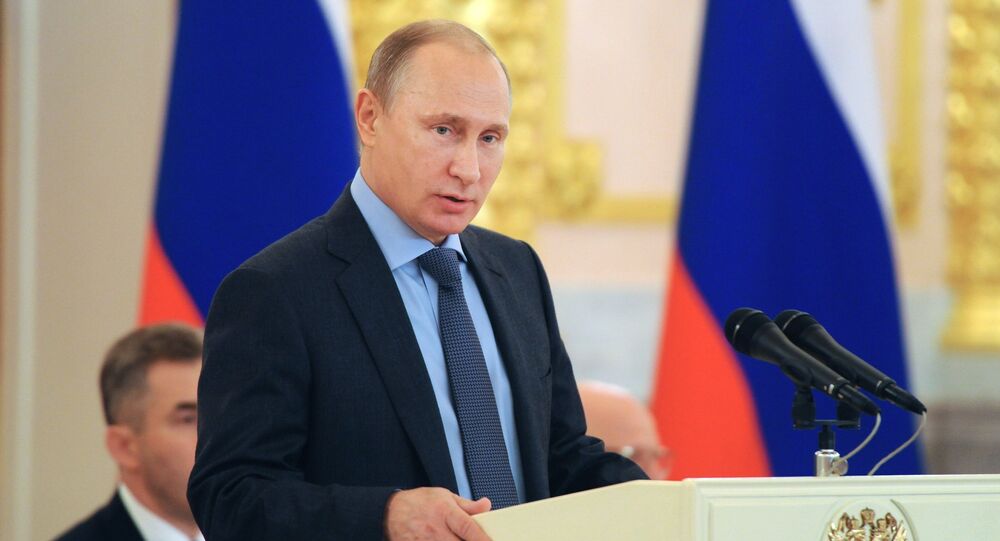 During a meeting with human rights activists Putin said that he respects the rights of lesbian, gay, bisexual and transgender (LGBT) people, but chooses to promote traditional values.

"We have no plans to persecute people of non-traditional [sexual] orientation," Putin said at a meeting with human rights activists. "But a traditional family…is our strategic choice."

© Sputnik / Valery Melnikov
Elton John Offers to Introduce Putin to Gay Russians
The fact that Russia chooses to promote traditional values, does not mean that we limit the rights of homosexual people, he added.

The government's policy is only aimed at protecting children from gay propaganda. "A society that can't protect it's children has no future," he said.

Russia has been bashed by human rights groups for its alleged negative stance on LGBT community. Moscow came under a barrage of criticism in June after its parliament endorsed unanimously an amendment to a law aimed at protecting children from "harmful information".

The legislation raised concerns that it could be used to crack down on sexual minorities. However the Russian government stressed the criticism was exaggerated since the law never meant to criminalize same-sex relationships, unlike stricter anti-LGBT legislation in other countries.