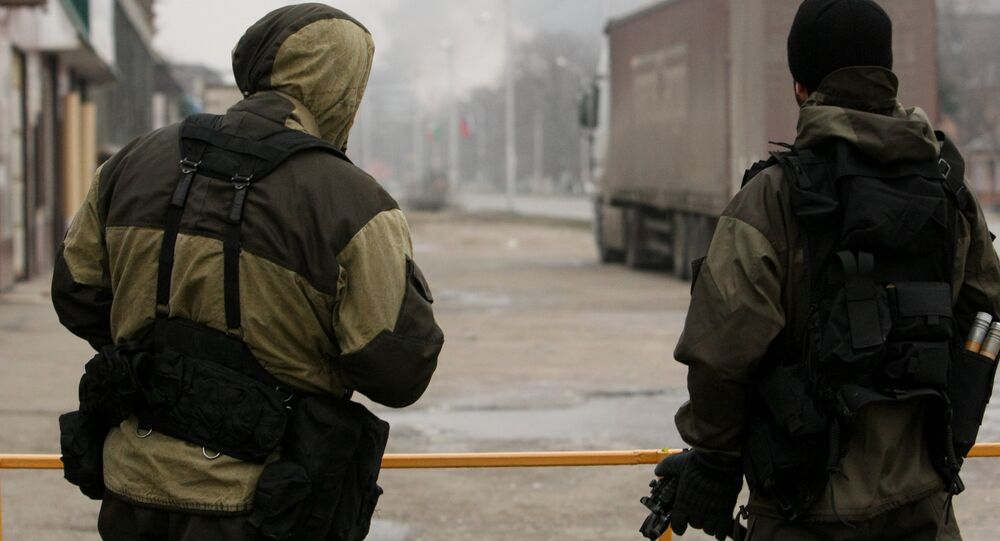 Local law enforcement authorities are sucessfully dealing with the terrorist attack that has taken place in the capital of Chechnya Thursday, Russian President Putin said.

"Now the 'rebels' once again appeared in Chechnya. I am sure that the locals, the local law enforcement authorities will deal with them with honor. It is them who are working to liquidate another terror raid today. Let us all support them," Putin said during his annual address to the Federal Assembly.

© Sputnik / Sayid Tsarnaev
Six Militants Eliminated During Special Operation in Chechnya: Kadyrov
Early Thursday, three cars driven by armed militants attacked a road patrol station in Grozny. The terrorists later were hiding in the Press House in the city center. The Press House was later blocked by police and seven militants were killed. An anti-terror operation is currently taking place near a local school, where the remaining militants have barricaded themselves.

According to the latest figures by the National Anti-Terrorist Committee, ten police officers were killed and 28 wounded during the shootout with terrorists.