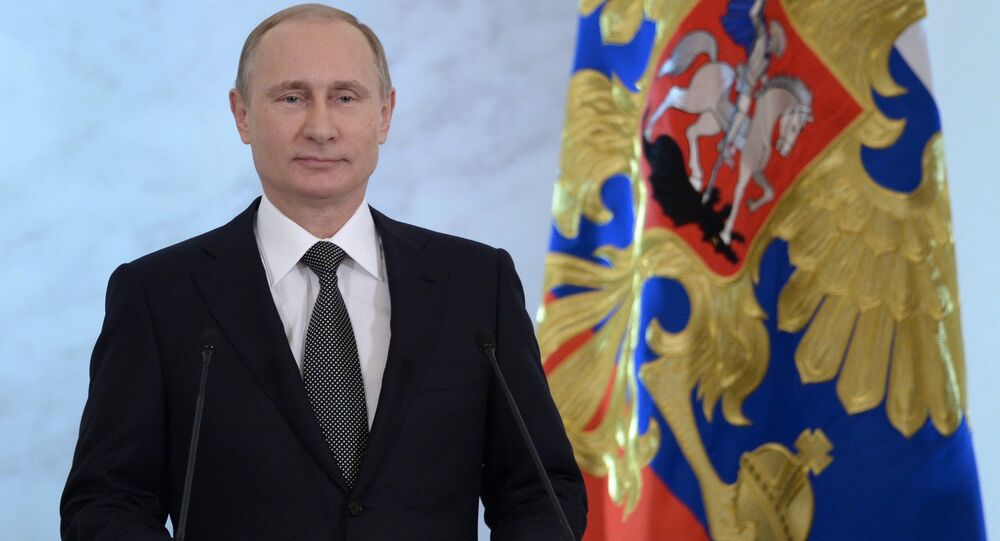 During his annual address to the Federal Assembly, Russia's President Vladimir Putin stressed the need to help the economy of Ukraine.

© Sputnik / Grigoriy Sisoev
Putin: Russia Will Always Respect Ukraine, Its Sovereignty
MOSCOW, December 4 (Sputnik) — It is necessary to help the Ukrainian economy, not to engage in politicking, but the desire of the West for such assistance is not visible, Russian President Vladimir Putin said Thursday.

"It is now needed not to engage in politicking, not to give out loud empty promises, but to help the economy of Ukraine, to carry out reforms, of course. However, I do not see that our Western colleagues are eager to do so, and that current Kiev authorities are eager to solve the problems of their citizens," the head of state stated in his message to the Federal Assembly.

As a result of the ongoing political crisis in the country, Ukraine has found itself on the verge of a default. Kiev authorities are trying to rescue the country's economy with international loans.

The World Bank said in its October forecast that Ukraine's economy was likely to shrink by eight percent this year and contract further by one percent in 2015 because of the ongoing armed conflict in the east of the country.

Putin: Russian Economic Growth Should Be Increased 3 to 4 Times

Putin: Under No Circumstances Will Moscow Stop Cooperating With Europe, US