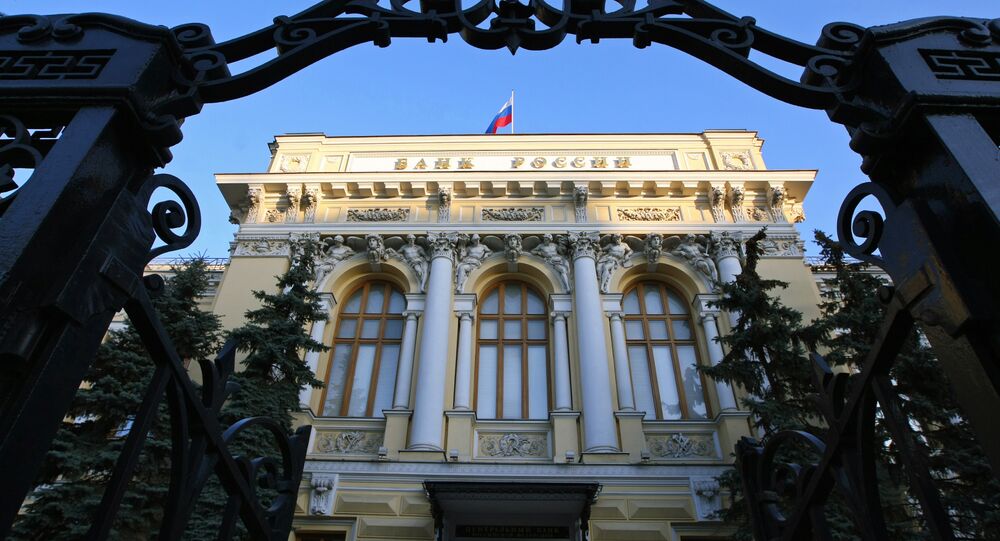 Central Bank to Give New Forecast on Russian Economy December 11

New economic forecast fo Russia will be presented by the Central Bank’s board of directors on December 11.

© Sputnik / Vitaly Belousov
Russia's Peak Inflation Expected in Q1-2015: Central Bank Official
MOSCOW, December 4 (Sputnik) – The Central Bank’s board of directors will present a new forecast for Russia’s economy during a meeting on December 11, the bank said in a press release Thursday.

“During the board of directors meeting on December 11, 2014, the Central Bank will study the issue of the level of key rates, and will also present a detailed analysis of the economy and a new forecast,” the bank said.

On Tuesday, Russia's Economic Development Ministry issued a revised forecast for several important economic parameters, including GDP growth, inflation and the ruble's exchange rate for 2014 and 2015, based on the fact that the sanctions imposed on the country over the Ukrainian crisis will last for a year.

According to Russian Deputy Economic Development Minister Alexei Vedev, the country's GDP growth forecast for 2014 was increased to 0.6 percent against 0.5 percent in the approved forecast. A 0.8 percent decline in GDP was expected in 2015 against growth of 1.2 percent in the previous version of the forecast. A recession was expected in the first half 2015. The average annual ruble exchange rate for 2015 has been revised upward to 49 rubles from 37.7 rubles per US dollar. The yearly average dollar rate for 2015 was expected to be 37.7 rubles per dollar against 35.67 in 2014.

In recent months, Russia's economy has been showing signs of a minor slowdown due to geopolitical tensions over the situation in Ukraine and the continuing decline in oil prices.