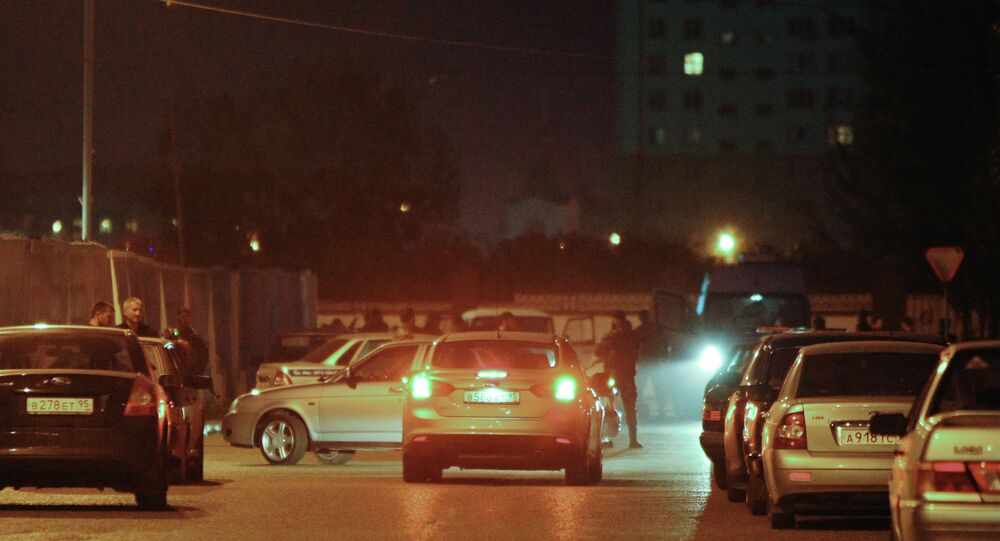 Six militants, blocked by Chechen police in the Press House in the center of Grozny, have been eliminated.

MOSCOW, December 4 (Sputnik) — Six militants, blocked by police conducting a special operation in the Chechen capital Grozny, have been eliminated, the leader of the Chechen Republic, Ramzan Kadyrov, announced on his Instagram page Thursday.

"The operation to destroy the bandits is entering its final phase. Six terrorists have already been eliminated in the Press House," Kadyrov wrote on Instagram, adding that he is directly supervising the operation.

Earlier on Thursday, Kadyrov said that police had done everything to ensure that the militants, hiding in the Press House in the center of Grozny could not escape.

A law enforcement source told RIA Novosti Thursday that five policemen have died in the course of the operation and several have been injured.

Earlier, a law enforcement source told RIA Novosti that three police officers died while trying to stop a car with three militants, who later hid in the Press House in the center of Grozny and were then blocked in the building by police. The Interior Ministry said there were no more than 6 militants in the Press House.

Kadyrov has confirmed that three police officers had died, saying that three others had been injured.

Chechnya to Pay $1,000 to Families Naming Kids After Muhammad

Russian Citizen from Chechnya Accused of Fighting with Syrian Rebels