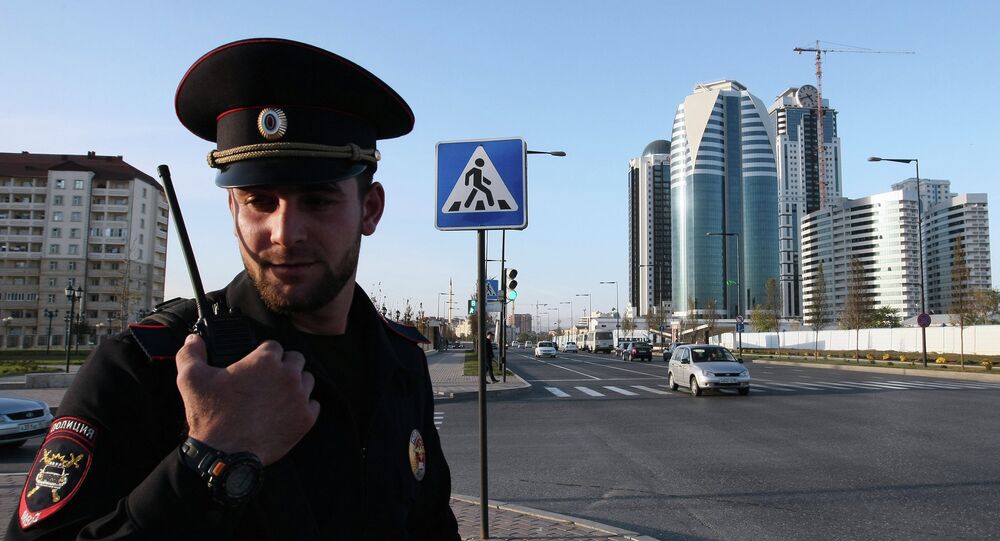 At least five policemen have died and several were injured, trying to stop a car with three militants, who later hid in the Press House in the center of Grozny and were then blocked in the building by police.

MOSCOW, December 4 (Sputnik) — At least five policemen have died and several were injured in the course of a special operation against militants in the Chechen capital Grozny, a source in the Russian Republic's law enforcement told RIA Novosti Thursday.

"According to our information, five policemen have died, some were injured," the source said.

Earlier, a law enforcement source told RIA Novosti that three police officers died while trying to stop a car with three militants, who later hid in the Press House in the center of Grozny and were then blocked in the building by police. According to the Interior Ministry, there are no more than 6 militants in the Press House.

The National Anti-Terrorist Committee has confirmed the blocking of the militants and the deaths of several law enforcement officers.

Chechen leader Ramzan Kadyrov has confirmed the death of three police officers, saying that three others have been injured. Kadyrov stressed that the situation in Grozny is under full control and that the operation is a minor one, contrary to reports of a large group of militants being present in Grozny.

"There is not a single civilian in the Press House. All measures have been taken to ensure that the militants hiding in the building do not escape," Kadyrov told journalists Thursday.

The special operation continues, but shooting around the Press House has subsided. The area is completely blocked off by police.