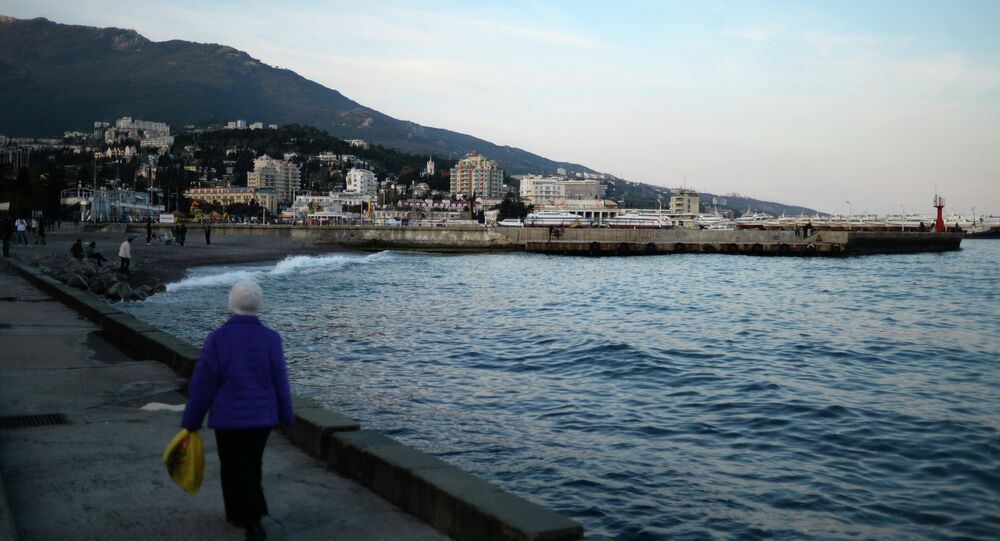 A law on the development of a free economic zone in the Republic of Crimea and Sevastopol was signed by Russian President Putin Saturday and published on Russia's state legal information website Sunday.

© RIA Novosti . Vladimir Fedorenko
Residents of Crimea to Be Exempt From Real Estate Taxes in 2015
MOSCOW, November 30 (Sputnik) — A law on the creation of a free economic zone in Crimea and Sevastopol was published on Russia's state legal information website Sunday.

The federal law on the development of the Crimea Federal District and a free economic zone in the Republic of Crimea and Sevastopol was signed by Russian President Vladimir Putin on November 29.

The law regulates the details of taxation, state control, entry procedure and functioning of the free economic zone regime in the region. The regime is established for 25 years with the prospect of being extended.

Investors will also receive the right to deliver their goods to the Russian markets and export them abroad, including the countries of the Customs Union, comprising Belarus, Kazakhstan and Russia.

On March 16, citizens of Crimea held a referendum as a result of which more than 96 percent of voters in the region backed the motion to secede from Ukraine and join Russia.

On March 21, Crimea and Sevastopol, which has a special status within the region, became subjects of the Russian Federation after the Russian president had signed reunification documents into law.