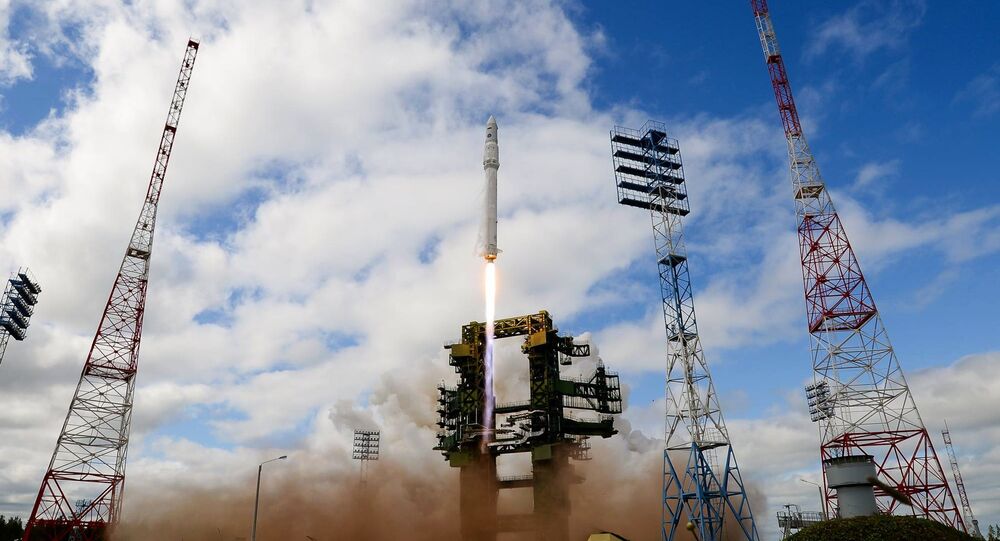 Angara space rocket is designed to complement Russia’s Soyuz rocket, which is currently the only vehicle in the world capable of taking astronauts to the International Space Station.

“It is planned to end the flight tests of the Angara Space Rocket Complex in 2020. During this time we will have to build another launching site in the launching complex,” Golovko said in an interview with Krasnaya Zvezda newspaper.

In July, Russia conducted a successful maiden launch of its new light-class Angara-1.2PP rocket, the first new orbit-capable rocket developed by Russia since the fall of the Soviet Union.

The heavy Angara rocket is expected to make its maiden flight from the Plesetsk Cosmodrome in northwestern Russia on December 25.

© Sputnik
The Soyuz TMA-15M Spacecraft Crew Successfully Boards the ISS
The Angara family of space-launch vehicles is designed to provide lifting capabilities of between 2,000 and 40,500 kilograms into low Earth orbit. It has been in development since 1995.

Russian Space Agency Roscosmos said that new Angara rocket would give Russia an independent access to the space, and a possibility to advance to a new technological development level. Angara will put heavy space vehicles into the geostationary orbit. All parts used for rocket development have been produced in Russia. Apart from the above, ecologically clean fuel will be used in the rocket, including oxygen and kerosene.

Angara is designed to complement Russia’s Soyuz rocket, currently the only vehicle in the world capable of taking astronauts to the International Space Station, while heavy Angara will replace Proton rocket family, which has been previously used to put space vehicles into the low Earth orbit.

Russian Angara Could Never Be Used as War Rocket – Roscosmos