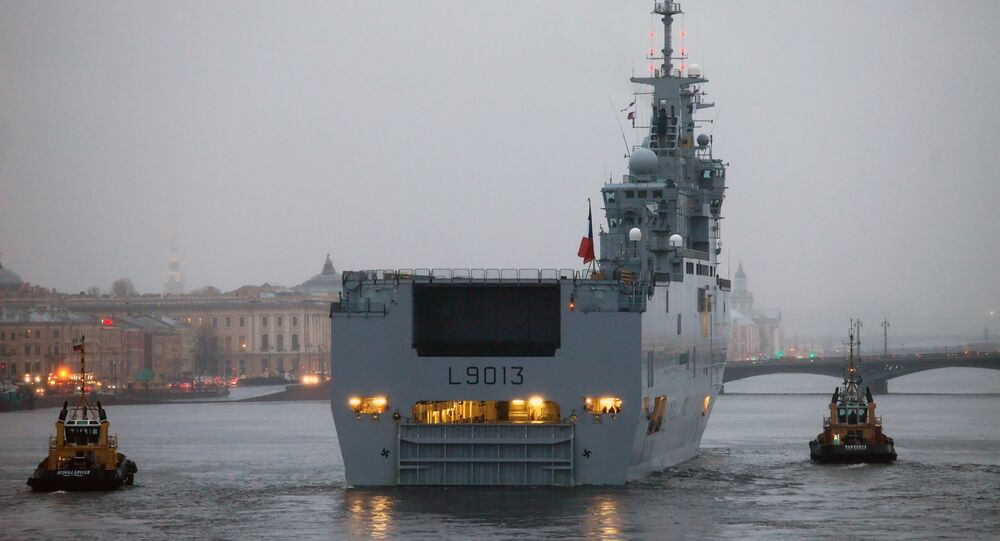 Russia is not planning to file any claims at the moment over the Mistral warship delivery by France, Russian deputy defense minister said.

“No, we are not planning to file any [claims] at the moment,” he said. “Everything is specified in the contract, and we will act under that contract, just like all civilized people do.”

Earlier on Tuesday, the French government said in a statement that Hollande "believes the current situation in eastern Ukraine does not allow the transfer of the first Mistral to Russia."

© Sputnik / Alexey Danichev
Mistral-Class Amphibious Assault Ships: Facts and Details
Russia and France signed a $1.6 billion deal for two Mistral-class ships in June 2011. The handover of the first ship, the Vladivostok, was scheduled for November 14, but did not take place.

Earlier in November a senior ranking source told RIA Novosti that Russia will give France until the end of November to deliver the first Mistral-class ship and will make serious legal claims if Paris fails to fulfill its contractual obligations.

© Sputnik / Mikhail Klementyev
Putin: Russia, France Should Minimize Risks for Bilateral Relations
Relations between Russia and Europe deteriorated with the escalation of the Ukrainian conflict, as the West accused Russia of meddling in Ukrainian affairs, a claim repeatedly denied by Moscow.

Addressing the issue of Russia's relations with France at the G20 summit in Australia, Russian President Vladimir Putin noted that the long-term productive relations between the two countries should not be damaged by the "turbulent" times in world political affairs and that both Russia and France must do everything possible to minimize potential risks for bilateral relations.

Russia Appoints Mistral Commander for Transfer of Warship From France