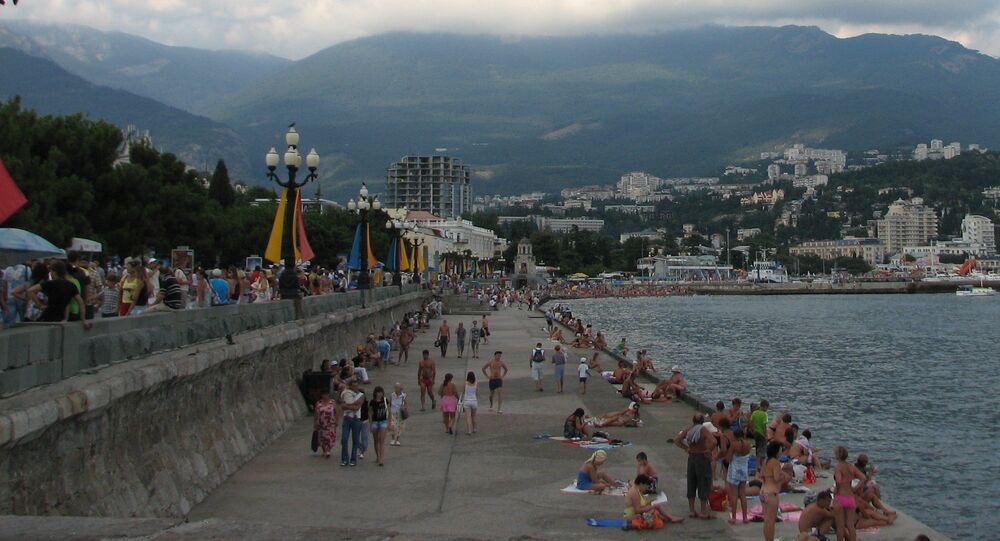 Russia's lower house of parliament has passed a series of measures with the aim of creating a free economic zone in the Republic of Crimea, Russian media have reported.

MOSCOW, November 22 (Sputnik) — The Duma, Russia’s lower house of parliament, has passed a series of three bills aimed at the creation of a free economic zone (FEZ) in the Republic of Crimea, Russian language news service RIA Novosti has reported.

The project proposes a system of incentives for business, including tax breaks, a preferential customs regime, and a simplified mechanism of state regulation. The project is aimed at attracting additional investment, especially in the areas of tourism and agriculture, to generate new jobs, as well strengthen the revenue base for the peninsula’s budget. Expected to come into force January 1, 2015, the FEZ will function for at least 25 years, with the possibility to extend the provisions.

Among the incentives is exemption from property taxes for a period of 10 years, and land taxes for 3 years, as well as lowered agricultural land taxes, reduced corporate income taxes, and reduced contribution requirements for employees’ social insurance, medical insurance and pensions.

The project also offers larger investors a special customs’ free regime, including the duty-free importation of goods, components and equipment necessary for the creation of new projects on the territory. Investors will be able to supply their products to the Eurasian Economic Union, which steps into force next year.

According to Minister of Crimean Affairs Oleg Savelyev, the bills will help to reduce the costs of doing business by about 30 percent compared with the rest of the country, Russian business news service RBK noted.

The draft project also proposes the simplification of the process of issuing visas to foreigners; tourists may now be able to receive 30 day single entry visas at the border, while businessmen and representatives of organizations considering investing in Crimea will also be given the chance to get a visa directly at a border checkpoint.

The project, approved in its third reading, is now set for approval by the Federation Council (the Russian Senate) and by the president. The draft project was proposed in late October by Prime Minister Dmitri Medvedev, with the concept of a free economic zone in Crimea originally conceptualized at the end of March.

It had earlier been reported that disagreements between ministries had prevented the earlier formation of the Crimean FEZ, with the Ministry of Finance noting the necessity to ensure that proposed tax breaks apply strictly to the residents of the FEZ, in order to prevent the creation of ‘internal offshores’, RBK explained.

Following Crimea’s joining the Russian Federation in March, Ukraine’s parliament also passed a phantom law on the establishment of a free trade zone on the peninsula in August, 2014, five months after Crimea had declared its independence from Ukraine via referendum. Prior to that, the peninsula had faced over 20 years of stagnation, with virtually no investment by Ukrainian authorities; this resulted in the creation of a large fiscal deficit, which Crimean and federal Russian authorities are now aiming to ameliorate.

Crimea, Sevastopol to Receive $20 Mln for People in Emergency Housing

Crimea Skeptical About Dialogue With Ukrainian Authorities After Elections: Minister