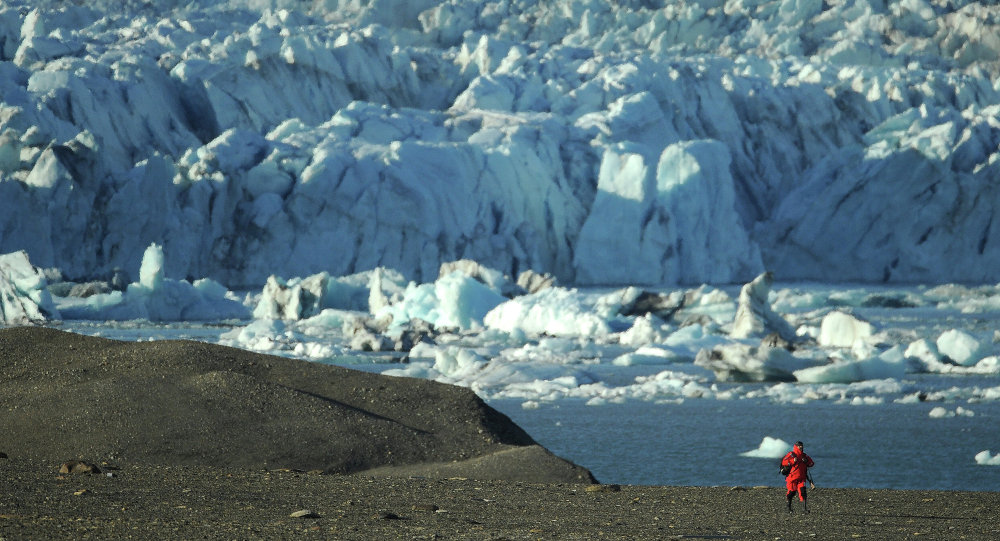 Sergei Donskoi, Russian Minister of Natural Resources and Environment, said he hopes that sanctions imposed on Moscow by the West will not have an impact on Russia’s claim for Arctic shelf expansion.

MOSCOW, November 21 (Sputnik) — The Russian Minister of Natural Resources and Environment said Friday he believes that sanctions imposed on Moscow by the West will not have an impact on the country's claim to the United Nations to have the area defined as the Arctic shelf expanded.

© Photo : Sergey Dolya, http://www.mamm-mdf.ru/
The Arctic Exhibition at the Multimedia Art Museum in Moscow
15
"We hope that [the sanctions] will not have an impact on this issue and politics will not prevail here," Sergei Donskoi said in an interview with Russian Rossiya-24 broadcaster.

He added that Russia had collected all the necessary information and that the UN was considering the geological aspect of the claim, with the final decision yet to be made.

On November 5, Donskoi said that Russia would submit documents to the UN Commission on the Limits of the Continental Shelf (CLCS) aiming to expand its territories in the Arctic Ocean in spring 2015.

Moscow filed its claim to a part of the Artic continental shelf including the Lomonosov and Mendeleev Ridges in 2011, but the CLCS said that it needed further scientific backing.

Russia has to prove that the underwater ridges are extensions of the Eurasian continent, thus linked to Russia's territory.

According to the Russian Natural Resources and Environment Ministry, the areas under consideration would bring Russia five billion tons of fuel.

The West has implemented several rounds of sanctions against Moscow over its alleged involvement in the crisis in Ukraine, although Russian authorities have repeatedly denied the allegations. The sanctions target certain high-ranking officials as well as the defense, energy and banking sectors of the Russian economy.

Russia’s Bid to Expand Continental Shelf in Arctic to Be Approved: Experts

The Arctic Exhibition at the Multimedia Art Museum in Moscow