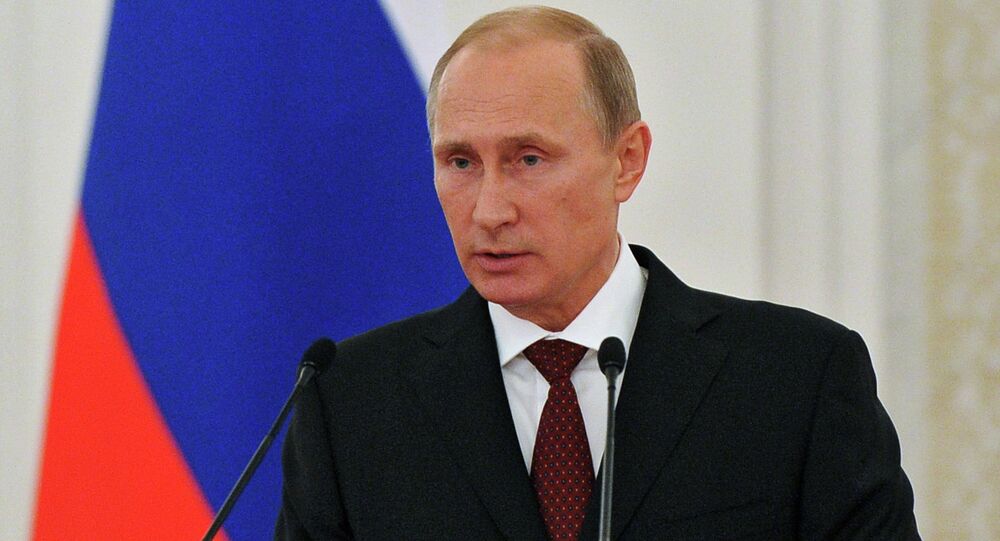 The so-called 'color revolutions' that happened recently in several countries have tragic consequences; they serve as a lesson for Russia, Vladimir Putin said Thursday.

MOSCOW, November 20 (Sputnik) – Political upheavals that took place in several countries recently have become a lesson and warning for Moscow, and Russian authorities will do everything possible to prevent them, the Russian president said Thursday.

"We see the tragic consequences of the so-called color revolutions and ordeals survived by the peoples of the states that faced these irresponsible experiments of covert and sometimes even… overt interference into their lives," Putin said at a meeting of the Russian Security Council.

"This is a lesson and warning for us and we will do everything possible to prevent this from happening in Russia," the president added.

In March, Putin said it was necessary to analyze all "color revolutions" in order to not let it happen in Russia and protect Russian citizens from terrorists and extremists.

The "color revolutions" were a series of regime changes caused by protests in several post-Soviet republics, including the Rose Revolution in Georgia in 2003, the Orange Revolution in Ukraine in 2004 and a more violent Tulip Revolution in Kyrgyzstan in 2005.

In April, Moscow accused the United States and the European Union of attempting to stage another "color revolution" in Ukraine earlier this year, referring to February coup which resulted in the ouster of the Ukrainian President Viktor Yanukovych.