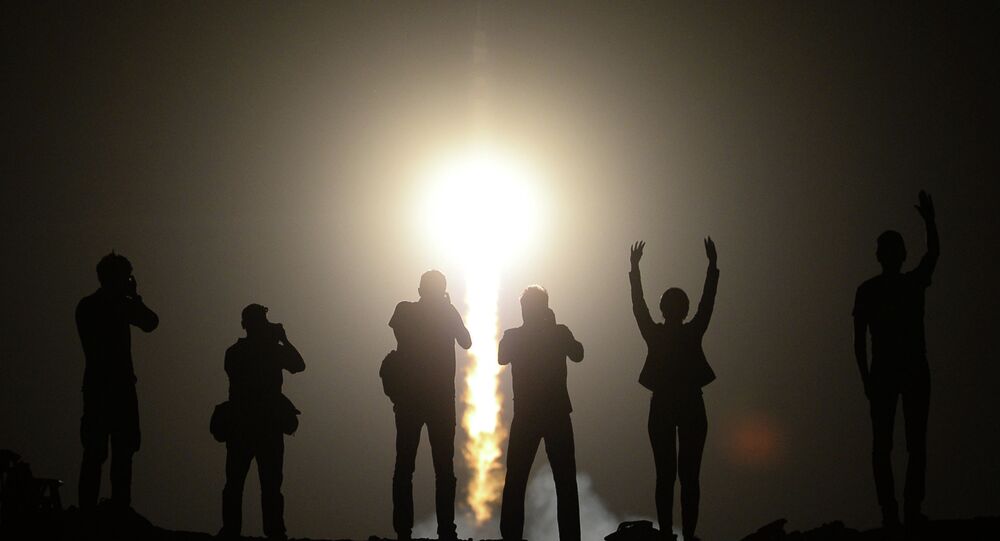 Director of the Russian Academy of Sciences' Space Research Institute claims Russia will regain its Soviet-era reputation as space exploration leader if the Federal Space Program for 2016-2025 plays out as planned.

MOSCOW, November 20 (Sputnik), Nastassia Astrasheuskaya — Russia will regain its Soviet-era reputation of space exploration leader if the Federal Space Program for 2016-2025, which includes a flight to Mercury, plays out as planned, Lev Zeleny, director of the Russian Academy of Sciences' Space Research Institute says.

"Russia is currently in a good position… We, our Academy of Sciences, take active part in experiments on the other countries" space crafts — European, American and even Japanese. Our equipment works on the Moon, Mars and Venus" orbits and we are preparing a flight to Mercury," Zeleny told journalists at a Wednesday press-conference.

"If all our plans realize, we will return ourselves the position the Soviet Union had in space research," he added.

The Federal Space Program for 2016-2025, developed by the Russian Space Agency and several other agencies, defines Russia's niche in the industry and is currently under government review, Zeleny said.

"We stood at the crossroads deciding whether to go left to the Moon or right to Mars, or do something different. Now, we have a logical program. We already have a powerful program for Mars exploration, called ExoMars. According to it, we plan several launches of space craft to Mars in 2016 and either 2018 or 2020," Zeleny explained.

All of these projects attract great international "cooperation with European, US, Japanese" partners, despite Western sanctions imposed on Russian economic sectors and individuals in the past months, Zeleny stressed.

Russia's cooperation with European scientists continues in such projects as ExoMars, and in collaboration with the European Space Agency on Moon exploration, Zeleny said, adding that new agreements may be signed in the near future.

According to the President of the Russian Academy of Sciences, Vladimir Fortov, Russia has been maintaining "substantial and positive" cooperation in the sphere with Asian countries, particularly China and South Korea.

Russia, US to Continue Joint Experiments in Space