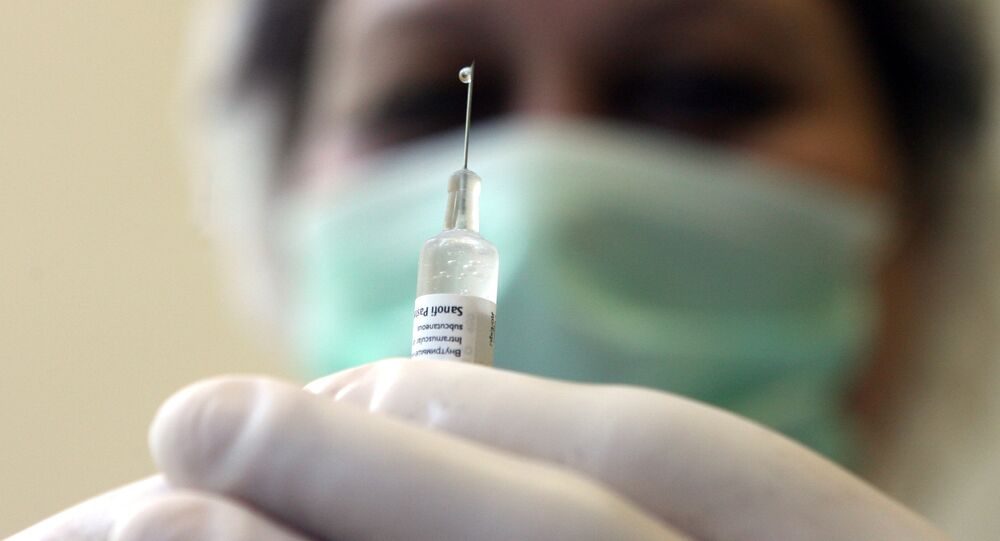 According to the head of Russia's health watchdog Rospotrebnadzor, a trial series of the vaccine to combat the Ebola virus disease is currently going through "pre-clinical tests" and Russia is assessing it extremely cautiously.

ROME, November 19 (Sputnik) — Russian experts are working on a trial version of a vaccine against the Ebola virus, but are cautious when it comes to assessing its effectiveness, Anna Popova, head of Russia's health watchdog Rospotrebnadzor, said Wedensday.

"As of today, a trial series of the vaccine is being developed, trial series of immunoglobulin as ways to combat the disease," Popova, who is currently taking part in the second International Conference on Nutrition in Rome, told reporters.

Popova stressed that the vaccine is currently going through "pre-clinical tests" and Russia is assessing it extremely cautiously.

The worst Ebola epidemic in history is currently taking place in West Africa. The outbreak has claimed 5,177 lives, according to the latest WHO estimates, and 14,413 cases of confirmed, probable and suspected infection have been registered.