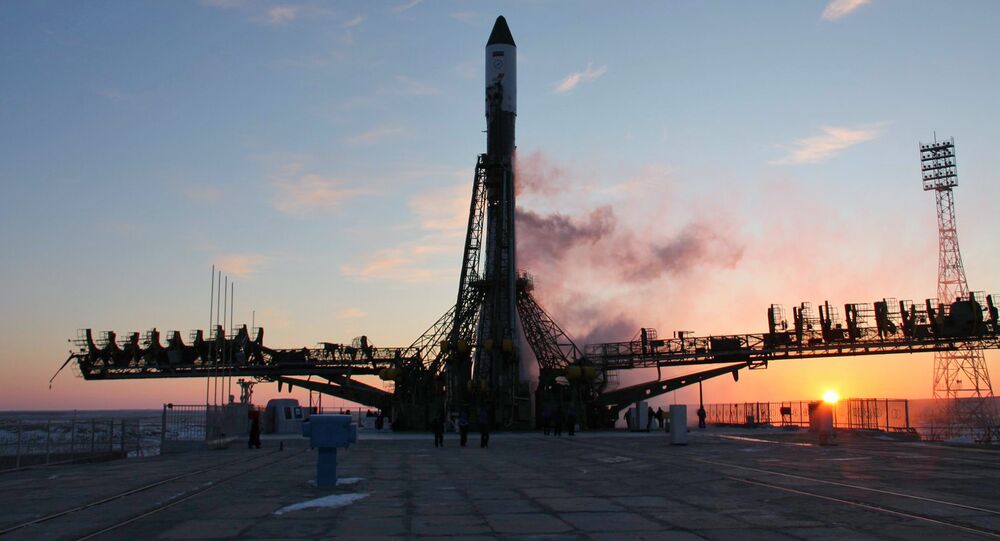 "According to the Federal Space Program's new project, the orbital constellation of social-economic purpose satellites will increase to 75 [currently 35], 20 of which will be remote sensing satellites … As for the satellites for government needs, their number is expected to reach 150 by 2025," Komarov said, stressing that the spacecraft should meet the highest international standards.

"We have to go by the resolution of practical tasks, in order for the space to help the people live here, on the Earth," the URSC chief said.

Russia's space industry must be ready to produce cutting-edge hardware for ambitious tasks, such as lunar exploration, according to Komarov.

He also pointed out that putting the Vostochny Cosmodrome into operation will allow Russia to conduct a sufficient number of launches.

The space center is located in Russia's far eastern Amur Region. It is expected to reduce the country's dependence on the Baikonur Cosmodrome in Kazakhstan.

The construction is expected to be fully completed by 2018. The first launch is to take place in 2015 and the first launch of a piloted spacecraft is scheduled for 2018.

Igor Komarov added that Russia is preparing a new law that would speed up the country's space industry reforms.

"I think we will present our general vision of the space-rocket industry's systematic reform to experts by the end of the year. A law, determining the powers of the URSC in order to boost the reform is in preparation, under the president's orders," Komarov said.

He added that the first step of the reform process, which entailed the USRC obtaining share packages of 11 industry players, has already been finished.

Russia launched a sweeping reform of the space industry in 2013 amid a deep crisis in the sphere. As part of the reform the United Rocket and Space Corporation was set up, which is expected to consolidate all the enterprises of the industry, thus leaving Russia’s space agency Roscosmos in charge of research institutes and ground infrastructure organizations.

Russia to Start Deploying Own Space Station in 2017: Reports

US to Continue Space Cooperation With Russia: White House