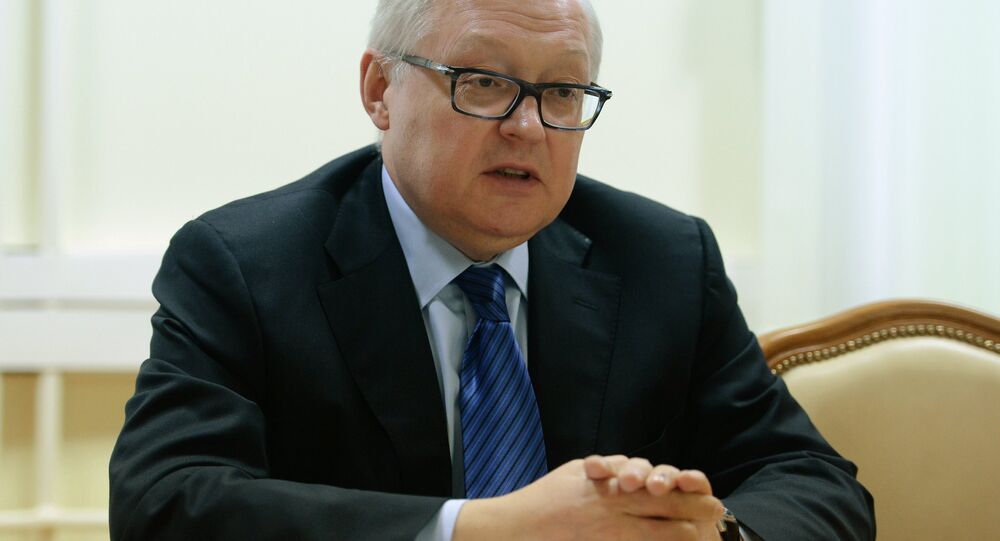 Russian Deputy Foreign Minister Sergei Ryabkov said the United States was to blame for the stagnation in the Russian-US relations.

BRISBANE, November 15 (Sputnik) — The United States is fully to blame for the stagnation in the Russian-US relations, no normalization is expected, Russian Deputy Foreign Minister Sergei Ryabkov said following a meeting between the presidents of Russia and the United States Saturday.

"Every meeting between the leaders, every contact, every summit talks are exceptionally important. As far as I understand, in Beijing the president of Russia discussed several international issues with his US counterpart, but it would be wrong to say that we have a new perspective after that, particularly in regard to the normalization of the bilateral relations with the United States," Ryabkov said.

"There is no such impulse, and the US side is fully to blame for the stagnation in our relations," he added.

Relations between Russia and the United States have deteriorated significantly amid the crisis in Ukraine, as Western politicians and media have repeatedly accused Russia of meddling in Ukraine's internal affairs and aiding independence supporters in Ukraine's southeast. Moscow has repeatedly denied the allegations.

Russia’s Actions Toward Ukraine Carry no Threat, Aim at Stabilization 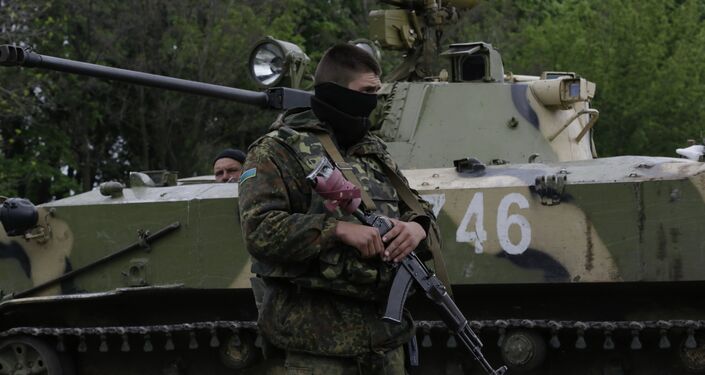 Russia's actions toward Ukraine do not represent any threat, but aim at stabilizing the situation in the country, Ryabkov said.

He added that there is no reason to blame Russia for aggression in relation to Ukraine, as the conflict there is merely internal.

"It is wrong to blame Russia for any sort of aggression [towards Ukraine]. There is no, and can be no aggression. The conflict in Ukraine is entirely internal. It results from the policy that the country's authorities have been conducting for a long time with the connivance and sometimes even incentive of the United States," Ryabkov told reporters.

"Another accusation is that our actions present threat [to Ukraine]. There is no threat; we aim at stabilizing the situation, delivering on the Minsk agreements, persuading Kiev authorities to follow those agreements inviolately and in full scale, such as an inclusive political process in the country," Ryabkov said.

An armed conflict erupted in Ukraine in mid-April, when Kiev launched a military operation against independence supporters in the country's southeastern regions, who refused to recognize the legitimacy of the coup-imposed government.

Moscow has repeatedly condemned the bloodshed in southeastern Donetsk and Luhansk regions and urged Kiev authorities to establish peace in the country.

On September 5, the Trilateral Contact Group on the situation in Ukraine, comprising of representatives from Russia, Ukraine and the Organization for Security and Cooperation in Europe (OSCE) met in the Belarusian capital Minsk. As a result of the meeting, the Kiev authorities and the self-proclaimed people's republics of Luhansk and Donetsk agreed on a ceasefire, which took effect the same day. The sides also agreed to international monitoring, exchange of prisoners and the opening of humanitarian corridors.

On September 19, a memorandum was drawn up by the group to include nine provisions that would implement the ceasefire agreement between Kiev and independence supporters in eastern Ukraine.

However, both sides have subsequently accused each other of violating the truce on a regular basis.