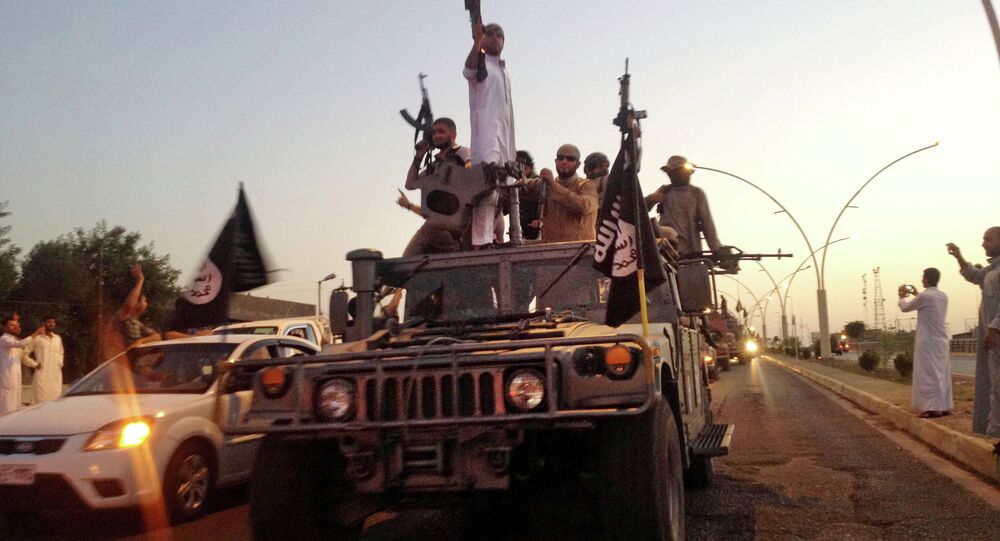 Diplomacy is the only way for Russia to contribute to the fight with the Islamic State (IS) as the US-led military campaign does not bring relief to the situation, according to experts.

MOSCOW, November 11 (RIA Novosti) – Russia should not get involved in the US-led military push to roll back the Islamic State (IS) insurgency in the Middle East, and neither should NATO member states, Russian experts said Tuesday at a press conference held at news agency Rossiya Segodnya.

"There could be only diplomatic steps, no other real efforts to help what should not be there," Konstantin Sivkov, president of the Academy of Geopolitical Problems, said about the likelihood of Russia contributing to the fight against the IS.

This view was echoed by Alexei Fenenko, a leading research fellow at the Russian Academy of Sciences" (RAS) Institute of International Security Studies, who branded the military operation an "imitation war."

"This imitation war gives military and political benefits to the United States. And I do not think they can easily renounce it," Fenenko said.

He said US President Barack Obama's anti-IS campaign was a result of what the United States described as "democratization in the Greater Middle East", a policy initiated back in 2004 by then President George W. Bush.

The stated goal of the Greater Middle East Initiative (GMEI) is to combat the appeal of Islamist extremism by promoting political rights and participation in the Muslim world.

Fenenko said that the first step there was to liquidate the Middle East's secular authoritarian regimes to then create "three fronts of democracy" in there. "This is an attempt to create a source of constant tension" that will result in the split of Iraq, the pundit stated.

Fenenko also questioned the actual threat posed by the IS, which is estimated to have 10,000 to 30,000 fighters, according to different assessments. He said this was not "a power that can reach Brussels."

Sivkov disagreed, saying the jihadist group was boosting its ranks in and outside its occupied territories, including developing a sprawling network in Europe. The growth of the IS owes its success partly to its control over oil and gas resources in Iraq.

"They have a very powerful economic base, they now have oil and gas and thus influence the price of commodities," the expert emphasized.

He said the IS would not be viable outside "the war context," meaning it would have to expand its offensive either northwest to Europe or northeast to Central Asia where it would team up with Taliban fighters.

In September, Washington and its nine NATO allies agreed to take on the IS, which Obama said posed a "long-term threat to the safety and security of NATO members." This came after the United States formed a broad international coalition to push back the group's advance in Iraq and Syria.