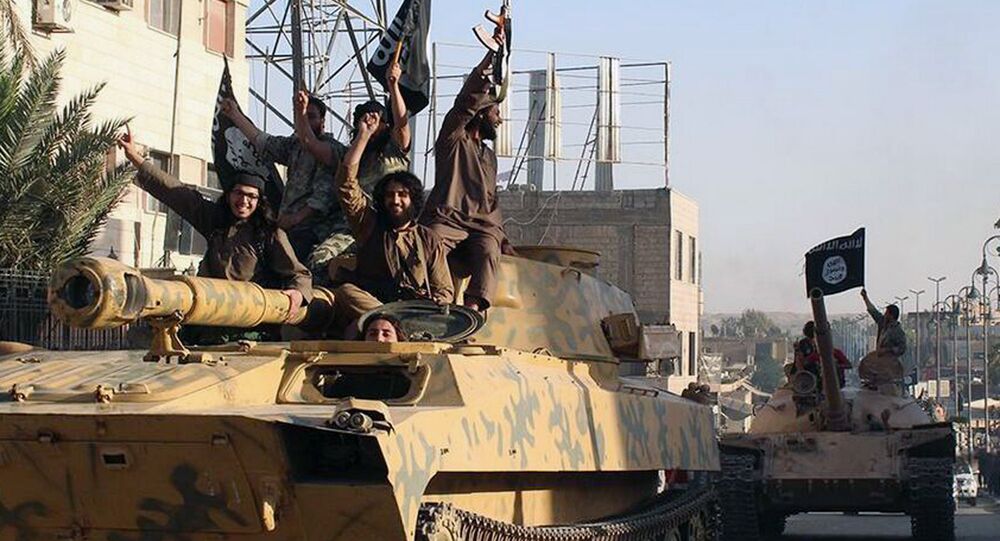 The UN Security Council should take on the leading role in fighting the Islamic State (IS) as all US efforts to solve the problems in the Middle East have so far failed, according to an adviser to the deputy head of Russia's Federation Council.

MOSCOW, November 11 (RIA Novosti) — The fight against the Islamic State (IS) extremist group must be maintained by the UN Security Council, since the efforts of Washington and its allies are not enough to defeat terrorism, adviser to the deputy head of the Federation Council, Ambassador Andrei Baklanov said Tuesday.

"On the back of all these developments [in Iraq], politico-diplomatic and propaganda efforts are clearly insufficient," he said at a press conference held at the press center of International Information Agency Rossiya Segodnya.

"We should return the issue to the UN Security Council to help the Americans ease the burden of these no longer regional problems that they've decided to bear themselves," the diplomat stated.

He added that the Syrian and Iraqi population living on the territories controlled by the IS must not be left in an information vacuum.

Baklanov concluded that the US attempts to solve the problems in the Middle East, dating back to the previous decade, have so far failed.

"They have marred in their military initiatives; even if they try to drastically change their course, it is not that easy because one mistake drags into others … Moreover, the United States have not yet re-assessed what had happened and have no desire to make up for their mistakes made over the past 10 years," Baklanov said.

The IS extremist group has seized large swathes of land across Iraq and Syria and declared an Islamic caliphate in June on the territories under its control.

The US-led international coalition is currently carrying out airstrikes on the IS targets in Syria and Iraq.