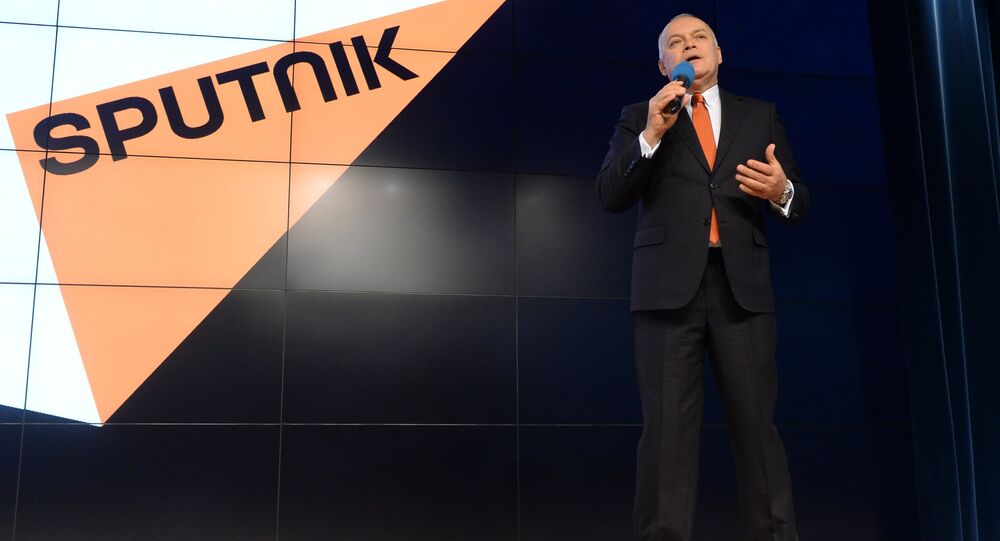 "Sputnik is a radio station, an international information agency and news feed: there are currently three of them – in English, Spanish and Arabic. From December 1, there will be a news feed in the Chinese language," Kiselev said the agency's International Multimedia Press Center.

On Monday, Sputnik, with modern multimedia centers in dozens of countries, went live. Sputnik's bureaus, located in major world capitals, will maintain their own websites and broadcast from local radio stations.

In 2015, Sputnik is expected to broadcast in 30 languages, with over 800 hours of radio programming daily, covering over 130 cities in 34 countries. Sputnik’s exclusive content is designed for billions of people, who are tired of aggressive propaganda promoting a unipolar world and want a different perspective, according to Kiselev.