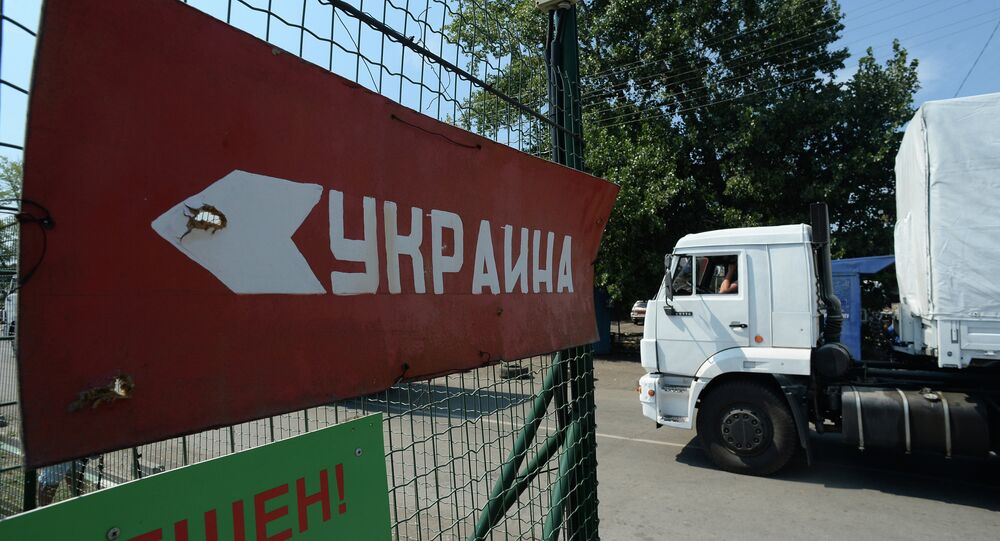 According to Russia's Emergencies Ministry, the country is in the process of collecting humanitarian aid to form another convoy for eastern Ukraine.

"We are continuing to collect humanitarian aid and as soon as it's collected, we will form convoys to deliver it [to eastern Ukraine]," Stepanov told journalists.

"This will be looked into most likely by the end of this week," he added.

The latest humanitarian convoy of 20 trucks delivered more than 100 tons of aid to the Donetsk and Luhansk regions on November 4 and returned to Russia the same day.

The military operation launched by Kiev in mid-April to suppress independence supporters in the southeast of Ukraine brought about a severe humanitarian crisis in the region.

Local residents were left without food, drinking water and electricity since infrastructure was destroyed in the ongoing fighting between the pro-Kiev forces and militias.

Russia has been sending aid convoys to the war-torn regions since August.

A total of six convoys have been sent to eastern Ukraine, bringing food, medicine, drinking water, power generators, fuel and warm clothes for residents of the war-torn regions to replenish their stocks ahead of the coming winter.

Ukraine Unaware of Contents of Another Russian Humanitarian Convoy