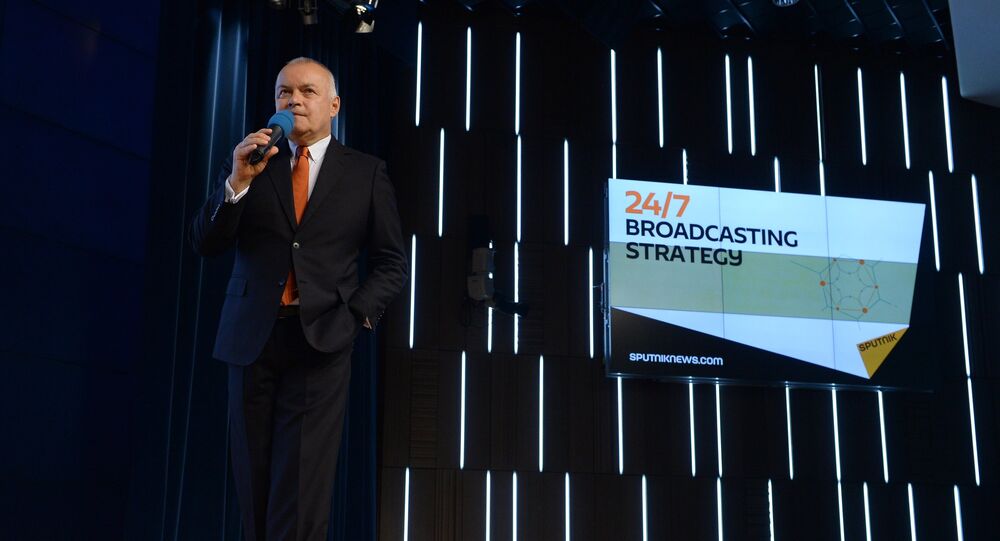 "Many people ask, 'Are you replacing RIA Novosti with Sputnik?' No, we are not. RIA Novosti and its flagship website ria.ru remain a crucial information source in Russia, one of the largest on the country’s media market. But outside Russia our agency will be branded as Sputnik, which sounds familiar, warm, swift and romantic," Kiselev said at the presentation of the new media brand.

In 2015, Sputnik is expected to broadcast in 30 languages, with over 800 hours of radio programming daily, covering over 130 cities in 34 countries. Sputnik’s exclusive content is designed for a global audience of billions of people who are tired of aggressive propaganda promoting a unipolar world and want a different perspective, according to Kiselev.