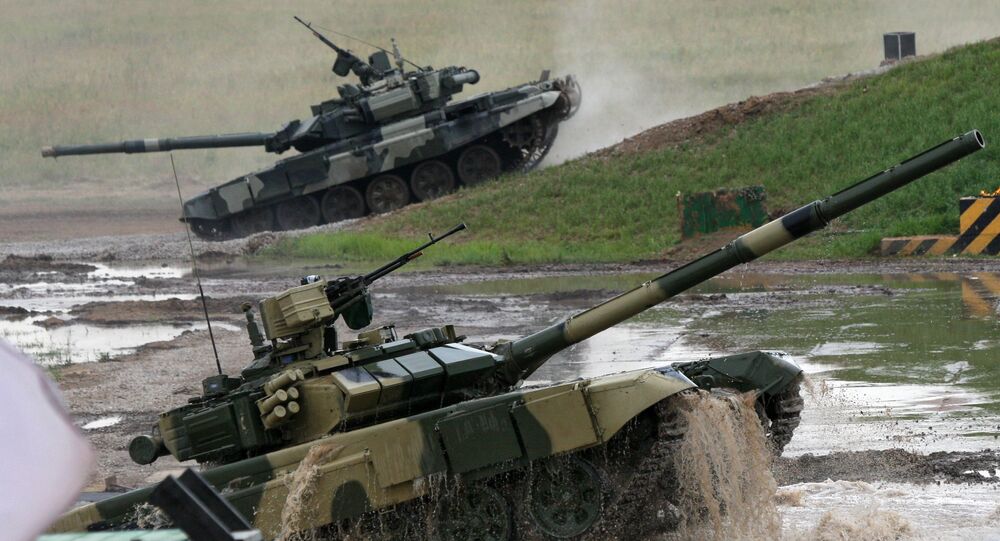 The Day of Russian Land Force is celebrated annually on October 1, following a decree by the Russian president dated May 31, 2006, On Establishing Professional Holidays and Memorial Days in the Armed Forces of the Russian Federation.

MOSCOW, October 1 (RIA Novosti) - The Day of Russian Land Force is celebrated annually on October 1, following a decree by the Russian president dated May 31, 2006, On Establishing Professional Holidays and Memorial Days in the Armed Forces of the Russian Federation.

The history of the Russian Land Force dates back to the retinue of Kievan Rus princes. The struggle to overcome feudal disunity for the formation of a centralized state and against foreign oppression brought about an increase in the number of forces, while the strengthening of the economy created conditions for the first military reforms in Russia, which were actively promoted by Tsar Ivan IV the Terrible.

October 1, 1550, marks a historic breakthrough in the building and development of a regular Russian army. On that day, Ivan the Terrible signed one of the first documents directly related to the Land Force: a decree On Deployment of a Selected Thousand Servicemen in Moscow and Adjacent Districts, which, in essence, laid the foundation for the first permanent military unit with features of a regular army.

In accordance with the royal decree, the Russian military corps Streltsy and a permanent guard service were established, while an artillery unit was singled out to form a separate branch of the service. In addition, Ivan the Terrible streamlined a system of recruiting local troops, established permanent army service for wartime and peacetime, and set up centralized management and procurement of the army.

The next significant stage in the development of the Land Force came during the rule of Peter I. In November 1699, the tsar issued a decree On Recruiting Soldiers from Free People. Since that time, the army was formed based on recruitment.

Following the end of the Northern War of 1700-1721, a regular army was established in Russia. The Ministry of Land Force was only set up during the reign of Alexander I. On September 8, 1802, the tsar issued a statement On Establishing Ministries, whereby ministries were created in place of colleges, including the ministry of military land forces.

Alexander II continued reforming the army, re-arranging its structure, recruitment methods, organization and equipment of the units, as well as the system of training personnel. Moreover, universal conscription was introduced to replace army recruiting. Qualitative changes were introduced in the army in the second half of the 19th century. The technical aspect was of great significance. Engineer, air and railway units of the army were actively developed.

After the 1917 revolution, a new Workers’ and Peasants’ Red Army was formed in Russia with land forces at its core, including different branches (rifle troops, cavalry, artillery, armored forces) and special troops (engineering, communication, automobile, chemical and other units).

The Land Force played a crucial role in the Great Patriotic War of 1941-1945 (a term used in Russia and other ex-Soviet states to describe the conflict between the Soviet Union and Nazi Germany during World War II), since major battles were on land. During the war, their number nearly doubled. The land forces enhanced their fire and striking power, its maneuverability and combat efficiency was improved by introducing new and more effective weapons systems and equipment.

New sweeping changes took place in the Russian Army after the collapse of the Soviet Union. The Land Force went through reforms in order to adapt to a new military and political situation and economic potential of the country.

Starting from 2009, in order to create a new image of the Armed Forces of the Russian Federation, considerable structural changes were made in the Land Force. "Permanent readiness" brigades became the principal tactical units of the land forces. They replaced bulky and difficult-to-manage divisions.

Land Force units are part of four military districts (united strategic commands) and make up the basis of the forces in the strategic areas. The Russian Land Forces of today are equipped with Т-72, Т-80, Т-90 tanks and modernized versions of them, Grad (BM-21) multiple launch rocket systems, Uragan, Smerch, Khrizantema-S, Fagot and Tochka-U missile systems, Shturm-S self-propelled anti-tank systems, Konkurs self-propelled anti-tank missile systems, Tor-M1 and S-300V anti-aircraft systems, Buk-М1, OSA-AKM, Strela-10M3 and Tunguska-М anti-aircraft systems, Shilka anti-aircraft artillery systems and other military equipment. At present, the Land Force are undergoing scheduled re-equipment with modern weaponry as part of the State Armaments Program for the period until 2020. Research and development work is being conducted alongside the re-equipment, to create promising new samples of military equipment and weapons.

The share of new weapons in the Russian Armed Forces is expected to reach 70 percent by the year 2020. The Land Force manpower is set at 300,000. By 2020, over 40 new units will be set up and five more will be reorganized.