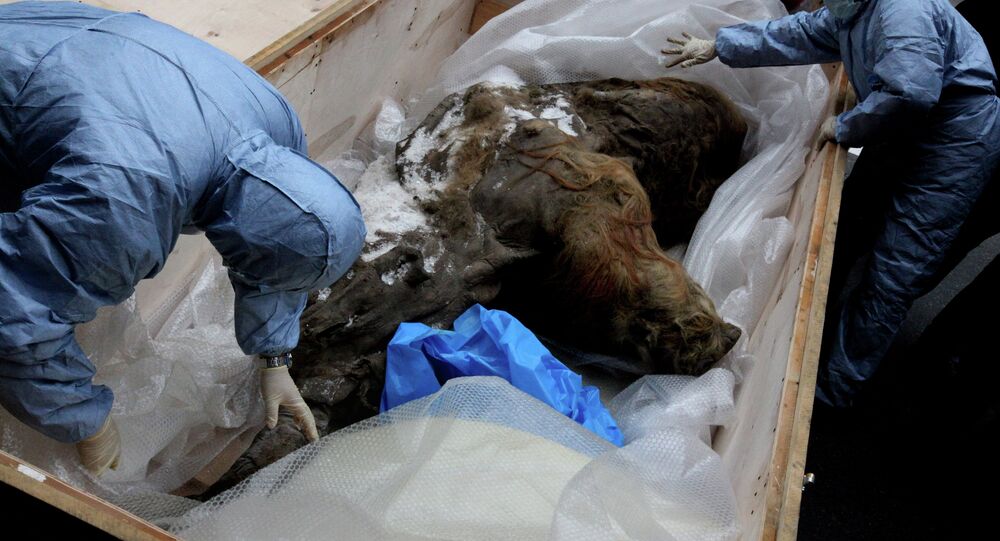 The International Collective Users’ Center of Molecular Paleontology will open in Yakutsk, Russia this September, Chief Research Scientist of the Applied Ecology of the North Institute Semyon Grigoryev said during a press conference on the results of the “search for the last Arctic giant” expedition.

MOSCOW, August 21 (RIA Novosti) — The International Collective Users’ Center of Molecular Paleontology will open in Yakutsk, Russia this September, Chief Research Scientist of the Applied Ecology of the North Institute Semyon Grigoryev said during a press conference on the results of the “search for the last Arctic giant” expedition.

According to Grigoryev, it will be an academic center where scientists from Yakutia and their Russian and foreign colleagues may work, and students from the North-Eastern Federal University could study and gain experience as interns.

The new center will conduct genetic research on newly-discovered paleontological material; primarily mammoth cells as part of “resurrection of the mammoth”, a joint project being conducted by the North-Eastern Federal University and South Korea’s SOAM Biotechnology Research Center. The multimillion dollar equipment was purchased by the South Korean partners and is currently being installed in a —specially designated facility. Once the installation is complete, the center will become operational.

“The primary goal of the laboratory will be the molecular research of the mammoth cells as part of the “resurrection of mammoth” project. Last year, an employee of the Mammoth Museum underwent an internship in South Korea studying cloning techniques, and we’ve outfitted the laboratory with genetic equipment. We have competent geneticists among our staff so we will be able to conduct genetic research on our own,” Semyon Grigoryev said, adding that genetic research is currently at the forefront of paleontology.

The scientist believes that at the regional level, the center will help fill a niche in the genetic research of animals that was previously empty, and that it would also make things easier for foreign scientists coming to Yakutia to study the mammoth fauna.

“The biggest problem for our foreign colleagues is the removal of the research material. You need a license for that and sometimes you must wait up to half a year to get one. The Collective Use Center will allow them to conduct preliminary studies right here, in Yakutia. It will make things easier for us and for them. In the long term, we want to include a commercial component by offering the opportunity to conduct contract-based research. At the moment, the republic has no genetic laboratory capable of studying the DNA of both ancient and contemporary animals. We could also conduct such research for the Ecological Issues of Cryolithic Zone Institute, for instance,” he said.