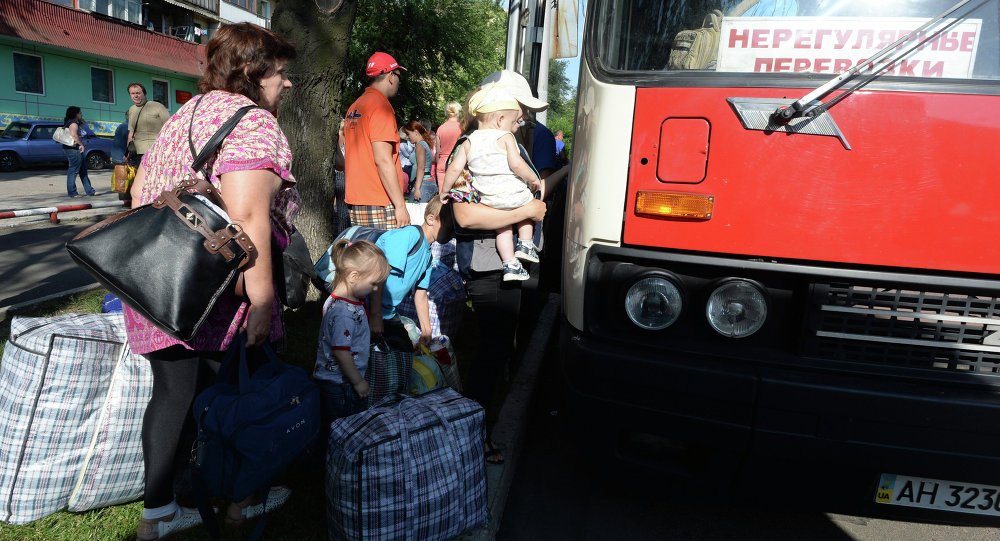 "As of July 14, 33,000 people had applied for refugee status or requested temporary asylum and refugee status," Romodanovsky said at a State Duma meeting on the legal analysis of Ukrainian legislation.

Romodanovsky reported that the Russian government has prepared a draft resolution providing for a shortened period of up to three days for the decision to grant temporary asylum to refugees.

The FMS chief also noted that "according to our information, currently 1.2 million Ukrainian citizens are staying in Russia, excluding Crimea."

"Excluding [Crimea], because the information system there has not been fully established," the head of the FMS said.

Romodanovsky also reported that on July 7 the government issued a decree that allows for the rapid revision of the quotas for temporary residence permits.

"Based on the applications from subjects, it was proposed to increase the quota by more than 51,000 people, and use it primarily for arriving residents of Ukraine. I think it will be mostly people from the Donetsk and Luhansk people’s republics," the head of the FMS said.

"We understand that de facto those who are arriving from the southeast of Ukraine are refugees and ... in this regard, being guided by humane considerations and the provisions of refugee legislation, we are not expelling, deporting or returning citizens of Ukraine," Romodanovsky said.

Since June, thousands of Ukrainian refugees have been forced to leave their native country and seek shelter in neighboring Russia amid ongoing battles between pro-Kiev forces and independence supporters in the country’s east.

According to recent UN High Commissioner for Refugees (UNHCR) estimates, about 110,000 people have fled Ukraine to Russia since the beginning of the crisis.